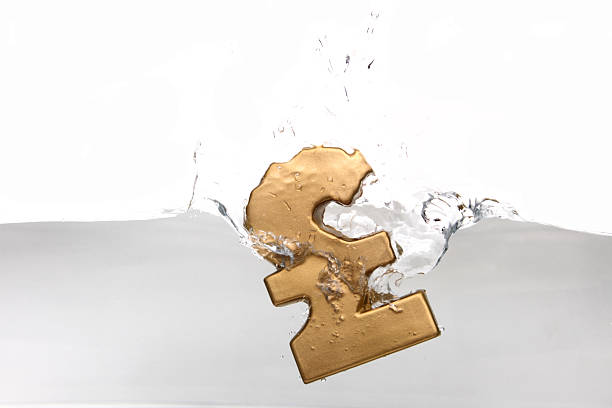 Markets remain cautious overall. While DOW and S&P 500 hit new record highs overnight, the gains were just modest. Gold and WTI oil are also both stuck in tight range, awaiting breakout. In the currency markets, Sterling is apparently under some pressure from cross selling against other European majors. Euro and Swiss are currently the slightly strong ones among the major currencies.

Technically, the weakness in the Pound against Euro and Swiss Franc is worth a watch in the next few days. GBP/CHF is apparently losing some upside momentum as seen in daily MACD. Break of 1.2794 minor support should indicate short term topping. Deeper pull back could then be seen to 55 day EMA, which is now close to 38.2% retracement of 1.1683 to 1.2985. In this case, we might also see EUR/GBP rises through 0.8729 resistance. 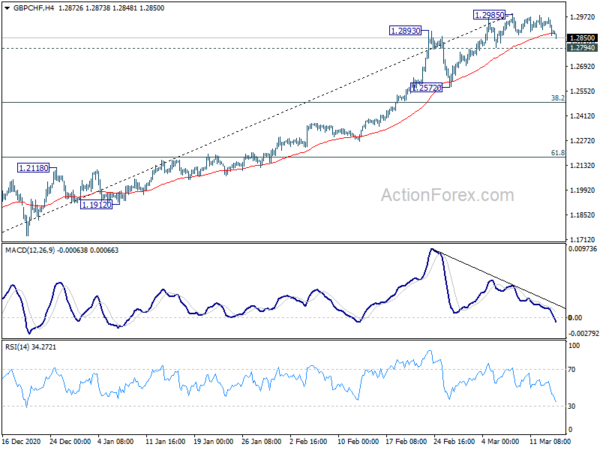 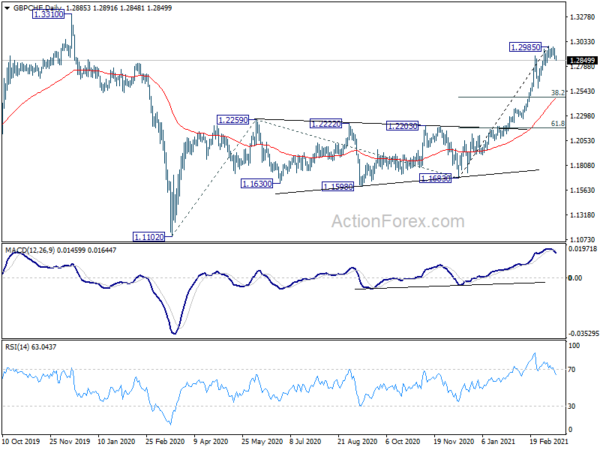 Minutes of RBA’s March 2 meeting reiterated that Australia economic recovery was “well under way” and had been “stronger than expected previously”. An important near-term issue was household and business adjustment to the tapering of some fiscal support measures. “Members noted that there may be a temporary pause in the pace of improvement in the labour market, as many firms had already adjusted the size of their workforces.”

Wage and price pressures had been subdued and were “expected to remain so for several years”. The Board will “look through” the “transitory fluctuations in inflation” due to changes in balance of supply and demand during the pandemic. Underlying inflation was expected to remain below 2% target over both 2021 and 2022.

Also, members affirmed that cash rate will be maintained at 0.10% for “as long as necessary”. Negative rate was viewed as “extraordinarily unlikely”. Conditions for a rate hike are not expected to be met “until 2024 at the earliest.

S&P 500 and DOW closed at new record highs overnight on improving growth prospect in the US economy. In particular, the S%P 1500 airlines index jumped more than 4%, indicating some revival in optimism in the sector. Nine of the 11 major S&P sector indices closed higher, led by utilities and real estate.

Gold struggles to break through 1740 resistance, risk stays on downside

Focus remains on 1740.32 minor resistance in Gold, to determine whether a short term bottom was formed at 1676.65. The conditions for a stronger rebound are there, with some support seen from medium term falling channel support. Also, bullish convergence condition condition is displayed in 4 hour MACD. 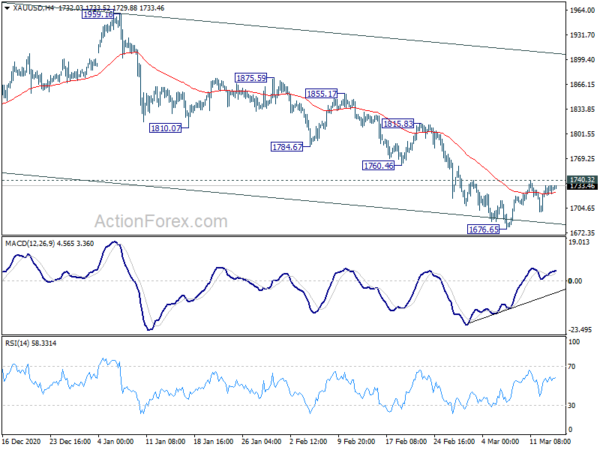 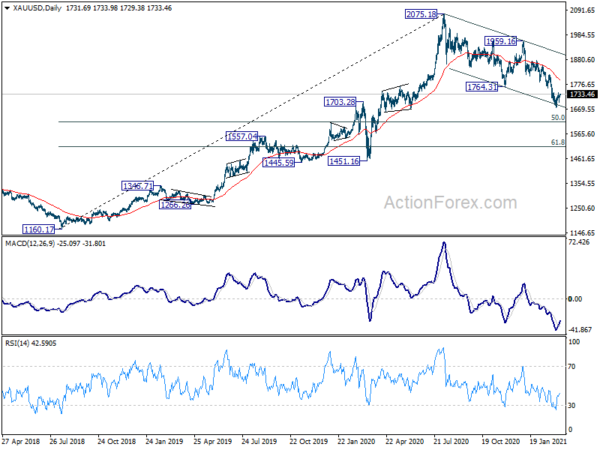 EUR/GBP recovers ahead of 0.8537 low but upside momentum is weak so far. Intraday bias remains neutral first. On the upside, break of 0.8650 minor resistance will turn bias to the upside for 0.8729 resistance. Firm break there will reaffirm the case of short term bottoming, and bring stronger rebound for 0.8861 support turned resistance. On the downside, firm break of 0.8537 will resume the decline from 0.9291, and that from 0.9499, towards 0.8276 key support. 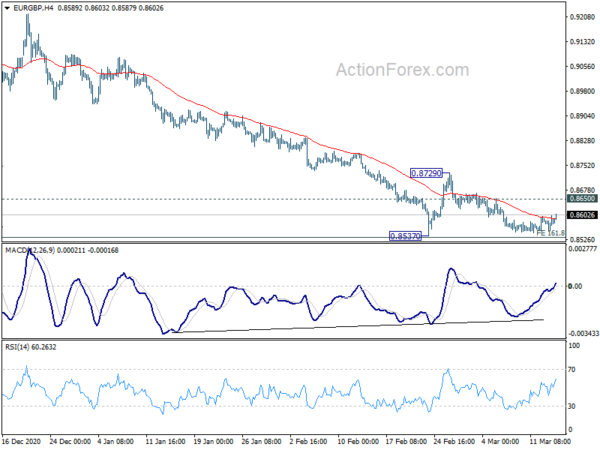 In the bigger picture, we’re seeing the price actions from 0.9499 as developing into a corrective pattern. That is, up trend from 0.6935 (2015 low) would resume at a later stage. This will remain the favored case as long as 0.8276 support holds. However, firm break of 0.8276 support will suggest that rise from 0.6935 has completed and turn outlook bearish. 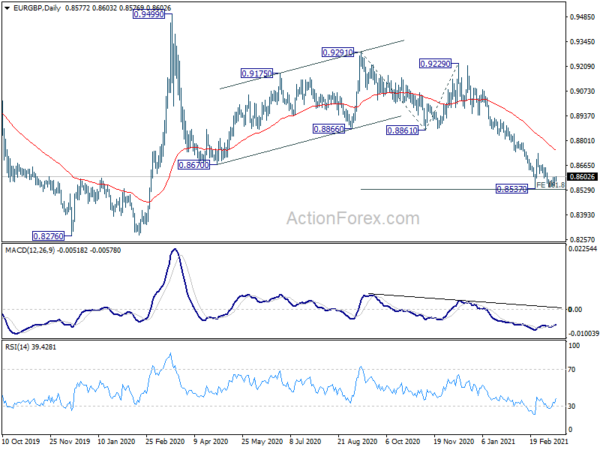