Sterling Firm ahead of Job Data, Dollar and Yen Pressured 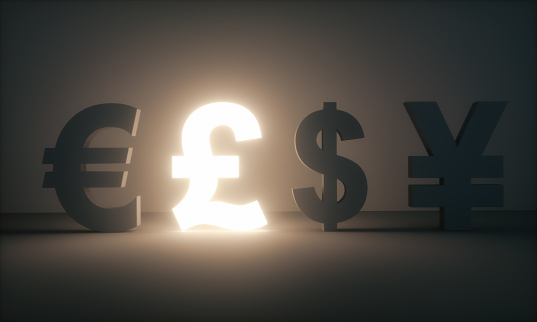 Sterling stays firm in Asian session today, but remains the strongest one for the week so far. The Pound will look into UK job data for inspiration for further rally. Meanwhile, Dollar and Canadian remain the weakest ones for now. As near term bearishness in the greenback is pretty much set up, we’d expect more downside for the Dollar ahead.

Technically, one focus today is on whether selling focus would turn from Dollar to Yen. In particular, EUR/JPY defended 129.56 minor support well and it’s recovering towards 130.65 near term resistance. Break there will resume larger rise from 121.63. AUD/JPY is also ready to resume the rebound from 83.02 and break of 84.46 will bring retest of 85.43 high. Upside breakout in Yen crosses could provide a floor for USD/JPY at 107.75 fibonacci level. 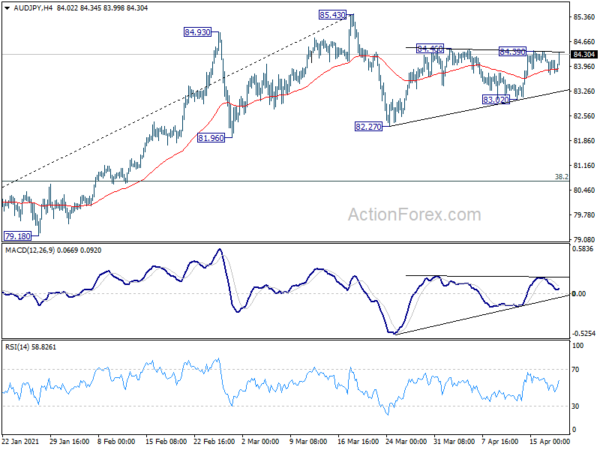 In the minutes of April 6 meeting, RBA said economic recovery was “expected to continue”, with “above-trend” growth forecast in 2021 and 2022. But an important near-term issue was “how households and businesses would adjust to the tapering of several fiscal support measures”. There might be a “temporary pause” in the pace of labor market improvements.

It also reiterated that “wage and price pressures had remained subdued and were expected to remain so for several years”. It would “take some time” to reduce the spare capacity to generate wage growth that’s consistent with the inflation target. Annual CPI was expected to rise “temporarily” to around 3% in the middle of the year on “reversal of some pandemic-related price reductions”. But underlying terms inflation was expected to “remain below 2 per cent over both 2021 and 2022.”

Overall, RBA maintained target for cash rate and 3 year AGS yield at 0.10%, as well ass the settings for Term Funding Facility and government bonds purchases. The board does not expect the conditions for raising interest rates to be met “until 2024 at the earliest”.

BoJ Kuroda: We’re not at a stage to debate ETF exit

BoJ Governor Haruhiko Kuroda said that it’s too early to consider exit from ETF purchases. “When we are to unload our ETF holdings, we will set guidelines on how to do this at a policy-setting meeting,” Kuroda told parliament. “But we’re not at a stage now to debate an exit.”

Separately, it’s reported that BoJ is considering to downgrade inflation forecasts for the current fiscal year. The central bank expected core consumer prices to be at 0.5% this fiscal year. But cuts in mobile phone charges could push core inflation by around -0.2%. BoJ will release updated quarterly forecasts at its policy meeting on April 26-27.

UK employment data will be the main focus for today. Germany will also release PPI.

Intraday bias in GBP/USD remains on the upside at this point. Sustained break of 1.4000 resistance should confirm that correction from 1.4240 has completed at 1.3668 already. Further rise should be seen to retest 1.4240 high next. On the downside, below 1.3917 minor support will mix up the near term outlook and turn intraday bias neutral first. 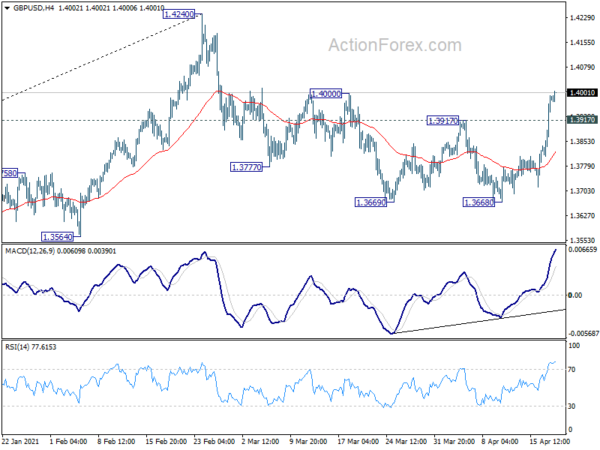 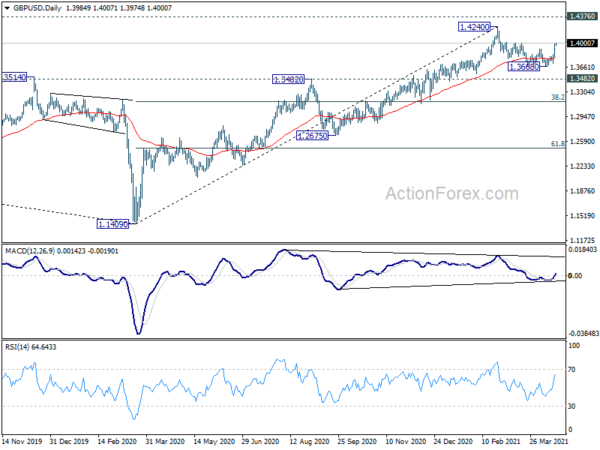