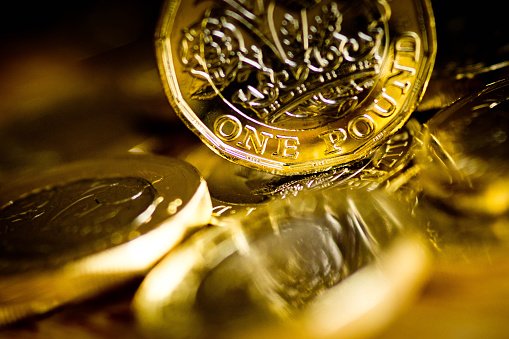 Sterling is a focus today in otherwise relatively quiet markets. Brexit jitters triggered much volatility in the Pound. But it’s staying in range as, after all, negations between UK and EU will still continue next week, probably with some intensifications. As for the week, Australian Dollar remains the weakest one, followed by Sterling, Yen is the strongest, followed by Dollar. US stocks futures point to slightly higher open. But renewed selloff in equities could push Dollar and Yen to stronger weekly closes.

Technically, after all volatility, GBP/USD is holding above 1.2845 minor support. EUR/GBP is held below 0.9162 minor resistance. GBP/JPY is back above 135.66 minor support after brief breach. GBP/CHF is also holding well above 1.1723 minor support after a brief dip. Outlook isn’t too bad for the Pound yet, even though it’s vulnerable. 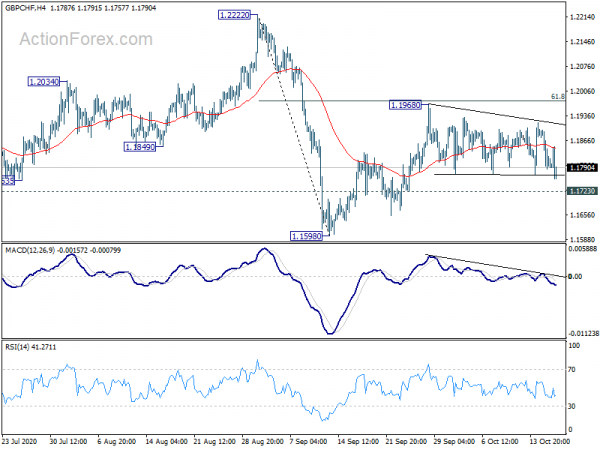 UK Johnson to EU: Come here if there’s some fundamental change of approach

UK Prime Minister Boris Johnson said the country should now get ready to leave EU without a new free trade deal. “Unless there’s a fundamental change of approach, we should go for the Australia solution.” Though, Johnson is not completely walking away from negotiations, as he added, “what we’re saying to them is come here, come to us, if there’s some fundamental change of approach.”

Earlier, Foreign Secretary Dominic Raab said the U.K. is “disappointed and surprised” that the EU had watered down its commitment to intensifying the trade talks. “We have been told that it must be the U.K. that makes all of the compromises in the days ahead. That can’t be right in a negotiation so we are surprised by that.”

EU von der Leyen: Our team will go to London next week to intensify negotiations

Around an hour after Johnson’s comments on Brexit negotiations, European Commission President Ursula von der Leyen said “The EU continues to work for a deal, but not at any price”. “As planned, our negotiation team will go to London next week to intensify these negotiations,” she said on Twitter.

EU summit chairman Charles Michel also said, “we are determined to get a deal but not at any price.” “The level playing field, fisheries and governance are very important topics for the EU.”

ECB Governing Council member Olli Rehn said, “some recent indicators, especially from the service sector, have been somewhat disappointing, which amplifies the downside risk to the economic recovery.” He added. “The shape of the recovery in my view could be best described as a truncated square root.”

ECB Visco: We have to avoid too early withdrawals of policies

ECB Governing Council member Ignazio Visco said, policies have to remain extremely accommodating on the fiscal side as well as on the monetary side as we’re prepared to do for the euro area as a whole… We are here to consider the risks of stop and go and we will have to avoid too early withdrawals of policies. ”

Also a Governing Council member, Francois Villeroy de Galhau reiterated the Pandemic Emergency Purchase Programme will “run until the crisis phase is over, and at least until next June.” “Given the uncertain situation today, it would be a mistake to decide an end date now” he added.

BNZ Senior Economist, Doug Steel said that “although the September PMI pushed above its long-term average of 53.0, it should not be confused with above average activity levels. Rather, it indicates growth off the low base set earlier in the year. Growth has not yet been enough to recoup previous loses, but some progress is being made”. 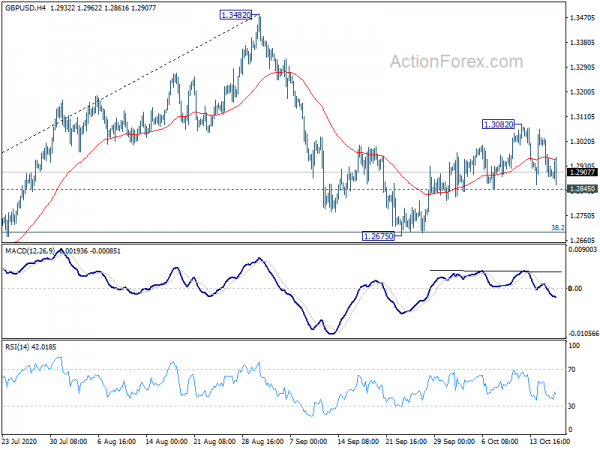 In the bigger picture, focus is back on 1.3415 key resistance now. Decisive break there should also come with sustained trading above 55 month EMA (now at 1.3312). That should confirm medium term bottoming at 1.1409. Outlook will be turned bullish for 1.4376 resistance and above. Nevertheless, rejection by 1.3514 will maintain medium term bearishness for another lower below 1.1409 at a later stage. 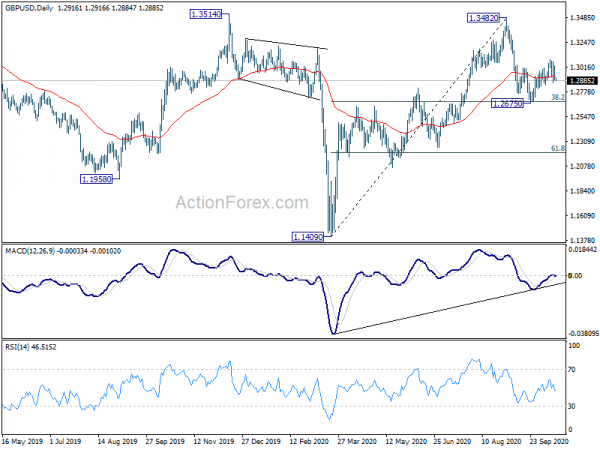