Sterling Rises in Mixed Markets, Dollar Weak ahead of Fed 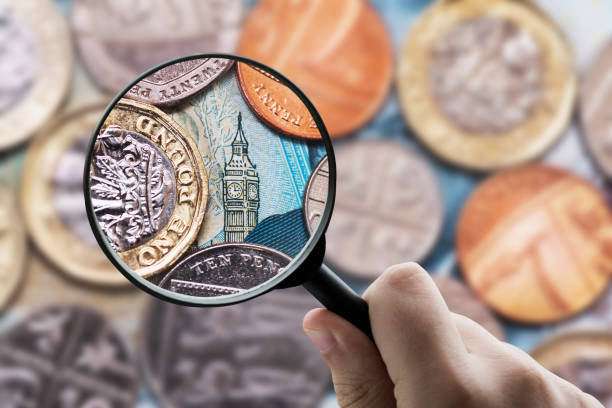 Sterling surges broadly in rather mixed markets today. Rebound in cross against Euro is seen as a major reason for the Pound’s strength. Australian Dollar is following as the second strongest for now, partly listed by cross buying against New Zealand Dollar. Kiwi and Swiss Franc are, on the other hand, the weakest. At this point, Dollar is still generally soft as focus turns to FOMC rate decision. As noted before, we’re not expecting anything spectacular in today’s announcements. Dollar could resume prior selloff after this event risk.

Technically, GBP/JPY recovers notably after drawing support from 4 hour 55 EMA. Focus is back on 136.62 temporary top and break will resume the choppy rise from 131.68. EUR/JPY is also drawing support from 4 hour 55 EMA at the time of writing. Strong rebound from current level will put focus back to 124.43 resistance and break will resume larger rise. Regaining strength in GBP/JPY and EUR/JPY could help push Yen lower. But USD/JPY needs to break 105.68 minor resistance to signal its following other Yen crosses higher.


US goods exports and imports rose in June, trade deficit narrowed to $70.6B

Fed to hold its cards until September

FOMC rate decision is a major focus today but there is little expectation on anything dramatic there. Fed funds rate will be held at 0.00-0.25%. The unlimited asset purchase program will continue at a pace of USD 80B for treasuries and USD 40B for MBS. There might be change to forward guidance though, to tie future rate hike to employment and inflation. But the big changes will be held until September.

By September meeting, Fed should have completed the policy framework review. Congress should have passed any additional fiscal stimulus. More information will be obtained regarding the economy, in particular with second wave of coronavirus infections in effect. Updated economic projections will also be completed.

Some suggested readings on FOMC:

BoE chief economist Andy Haldane said the mood at the two virtual roundtables with North east businesses and organizations “could not have been more different, underlining the very different lived experience facing people.”

On the one hand, he had “surprisingly – and encouragingly – upbeat discussion with representatives from the housing industry, from the private and social sectors and some local mortgage lenders”. But his optimism was “tempered” at the roundtable with charity sector and community leaders. There’s been a “huge hit” to the financial health of charities, and their finances are being “stretched.”

From Swiss, Credit Suisse economic expectations dropped to 42.4 in July, down from 48.7, but beat expectation of 39.4.

Fitch affirmed Japan’s Long-Term Foreign-Currency Issuer Default Rating (IDR) at “A”, but downgraded the outlook to negative from stable. The rating agency said: “The coronavirus pandemic has caused a sharp economic contraction in Japan, despite the country’s early success in containing the virus… The Negative Outlook reflects that the higher debt ratio and downside risks to the macroeconomic outlook will nevertheless exacerbate the challenge of placing the debt ratio on a downward path over the medium term.”

The rating agency also expects BoJ to maintain current interest-rate setting through “at least the end of 2022” under the YCC framework. It expects BoJ to “refrain from” cutting interest rate further because of the impact on “bank profitability”. Rather, “an extension of temporary quantitative easing programmes beyond their expiry in March 2021 or refinements to its forward guidance remain more likely.” Fitch also projects headline CPI of -0.6% at the end of 2020 and turns marginally positive in 2021.

Nevertheless, the quarterly decline was mainly the result of free child care (-95%), a significant fall in fuel price (-19.3%) and a fall in pre-school and primary education (-16.2%). Excluding these three components, the CPI would have risen 0.1% qoq in Q2. 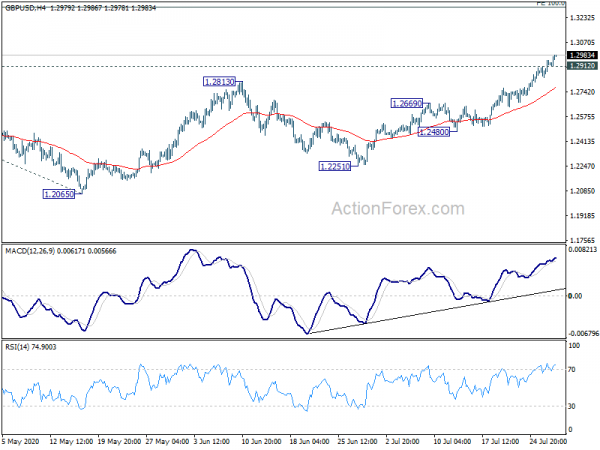 In the bigger picture, while the rebound from 1.1409 is strong, there is not enough evidence for trend reversal yet. Down trend from 2.1161 (2007 high) should still resume sooner or later. However, decisive break of 1.3514 should at least confirm medium term bottoming and turn outlook bullish for 1.4376 resistance first. 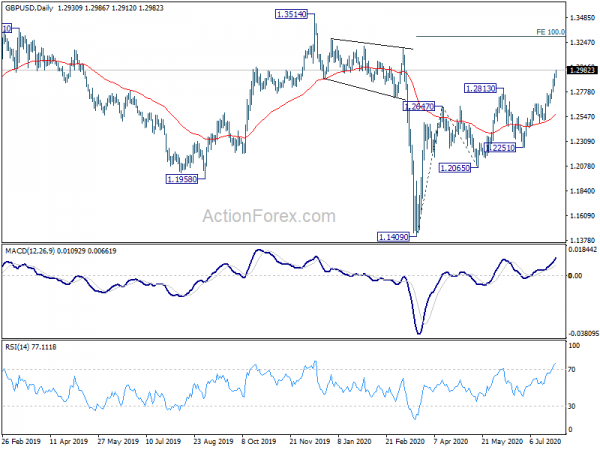