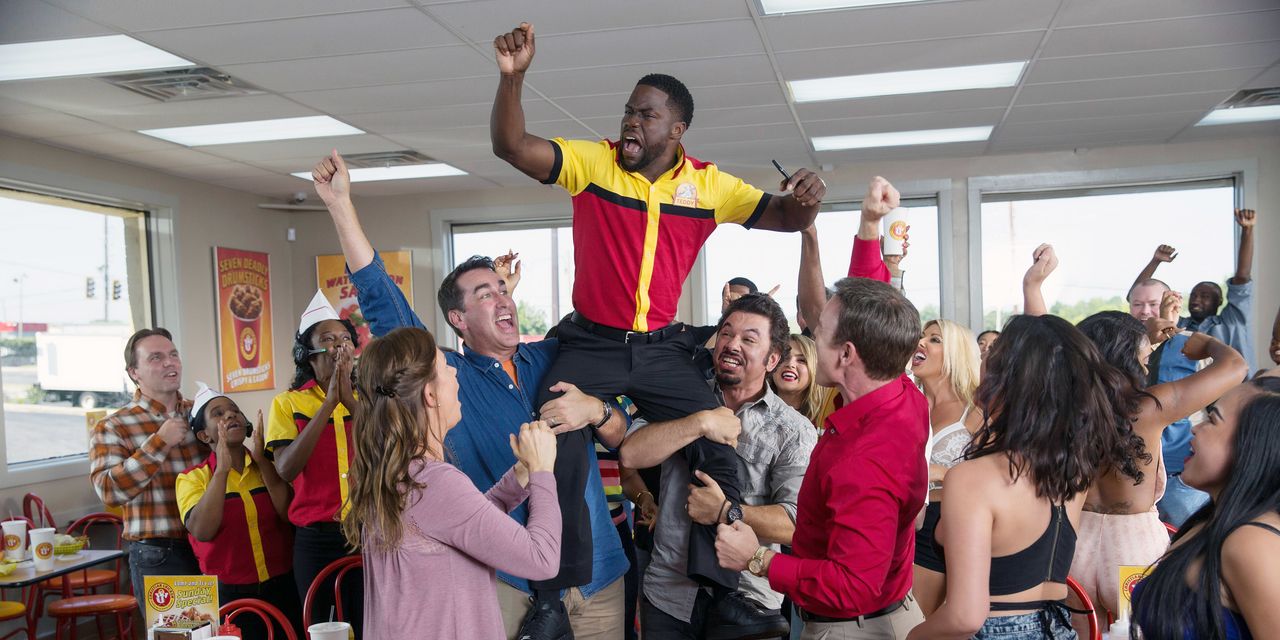 It might be time for investors to check their enthusiasm after buying into prospects for a V-shaped recovery in corporate earnings after the plunge in stock prices as the coronavirus pandemic hit in the second quarter, warned one analyst as stocks struggled to reach new records Tuesday.

“U.S. earnings expectations have certainly ‘V-shaped’ and this has been accompanied by an enormous reversal in risk appetite in almost a minuscule amount of financial time,” said Sean Darby, global head of strategies at Jefferies, in a Tuesday note. “Some of our indicators are beginning to move into the ‘euphoria’ stage, and we caution that managing drawdown risk is coming to the fore.”

hit an all-time intraday high early Tuesday, then edged into negative territory after a surprise drop in U.S. consumer confidence in August was reported. The S&P 500 posted a record close Monday, having returned to all-time highs last week as it fully erased the nearly 34% plunge that began in late February and took the market to its pandemic low on March 23. The Dow Jones Industrial Average
DJIA,

on Monday closed at a six-month high, leaving it around 4.1% below its Feb. 12 record close, while the Nasdaq Composite
COMP,

In One Chart: Stop saying ‘stocks are not the economy’

The shutdown in businesses in the U.S. and around the world to combat the pandemic earlier this year resulted in corporate earnings plunging, but the recovery in U.S. earnings revisions — a measure of analyst upgrades versus downgrades — has been the fastest on record (see chart below), according to the bank’s figures, Darby said. And while not moving at the same pace of earnings, “sentiment has also shifted at the speed of financial light alongside risk appetite.”

Neither earnings nor sentiment need to revert to the mean to inspire a pullback, Darby said, while acknowledging that many of the usual signals for a downturn have been absent. Stocks over the past 10 days, however, have started to show some signs of “exhaustion,” he said.

“The obvious catalysts for a correction are not present but the technical ‘stretch’ of some of our indicators are a warning sign,” said Darby. “A close watch should be kept on the U.S. 30-year yield and any sign that that U.S. money supply is rolling over.”