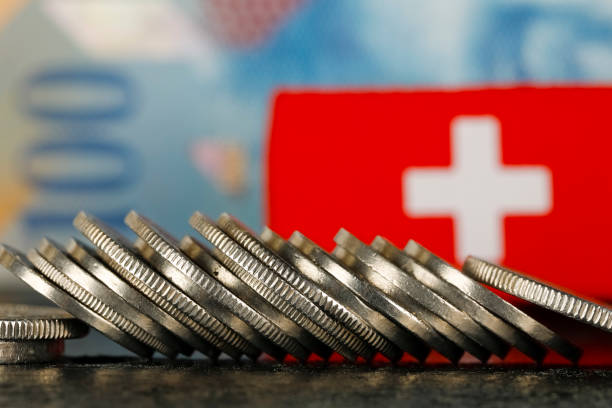 The financial markets are generally steady today, as European indices are mixed in tight range. US futures point to slightly higher open, as S&P 500 could extend record run. Gold and oil are both still range bound. In the currency markets, Aussie and Kiwi continue to trade as the strongest ones for today, followed by Euro. Canadian Dollar, Dollar, and Swiss Franc are the weakest ones. 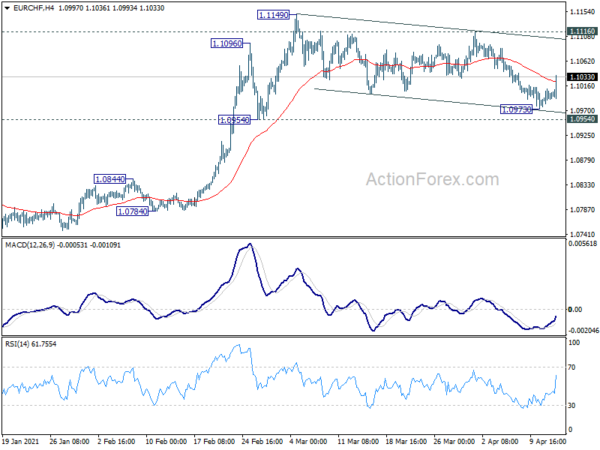 ECB de Guindos: All stakeholders must avoid cliff effects from premature scaling back of policies

ECB Vice President Luis de Guindos said in a speech that “at the moment, risks from the early withdrawal of policies are higher than the risks associated with keeping support measures in place.”

He also surged that “all stakeholders”, partly fiscal ones, “must keep complementing our accommodative monetary stance”. For a timely recovery in Europe, “we have to avoid any cliff effects from the premature scaling back of these policies”.

Looking ahead, “completing the banking union and deepening the capital markets union are the best policy tools we have at our disposal to ensure that the EU financial sector is conducive to fostering long-term growth and that it embraces all the opportunities offered by the digital transformation and the transition to green technologies.”

ECB de Galhau: We still have quartet of instruments even after PEPP exit

ECB Governing Council member Francois Villeroy de Galhau said, “our monetary policy should remain accommodative for the years to come, but our combination of instruments could evolve.”

“We could also have net asset purchases with our other program, APP, possibly somewhat adapted, and we would have the full range of what I call the quartet of our instruments.” The tools include the APP, negative interest rates, liquidity measures such as TLTROs, and forward guidance.

The combinations could facilitate a “possible exit of the PEPP by March 2022. Though, he emphasized, “we’re not yet there. We have time to judge.”

BoJ Governor Haruhiko Kuroda said “while Japan’s economy remains in a severe state due to the pandemic’s impact, it is picking up as a trend”. As a whole, “recovery is being sustained as business sentiment improves for three straight quarters.”

RBNZ left stimulatory monetary policy unchanged as widely expected, with OCR at 0.25% and Large Scale Asset Purchase and Funding for Lending program unchanged. It maintained that to meet the requirements of sustainable 2% inflation and maximum employment will “necessitate considerable time and patience”. The committee is also “prepared to lower the OCR if required”.

The medium-term growth outlook was “similar” to the scenario presented in the February statement. Outlook remains “highly uncertain, determined in large part by both health-related restrictions, and business and consumer confidence.” The would be some temporary factors for near-term price pressures, including global supply chain disruptions and higher oil prices. But medium-term inflation and employment will “likely remain below its remit targets in the absence of prolonged monetary stimulus.”

Australia Westpac consumer sentiment rose 6.2% to 118.8 in April, up from 111.8. it’s the highest level since August 2010, “when the Australia’s post-GFC rebound and mining boom were in full swing”. The survey continues to signal that “consumer will be the key driver of above-trend growth in 2021”.

Westpac expects RBA to maintain currency policy settings on May 4. Markets will focus on the new economic projections to be released with the SoMP on May 7. Overall, the forecasts would be consistent with the policy guidance that, “it will still be some time – 2024 at the earliest – before the Bank expects to achieve its full employment and inflation targets.”

AUD/USD’s break of 0.7676 resistance indicates resumption of rebound from 0.7530. Intraday bias is back on the upside for 0.7848 resistance. Firm break there should completion of the corrective fall from 0.8006. For now, risk will stay mildly on the upside as long as 0.7583 minor support holds, in case of retreat. 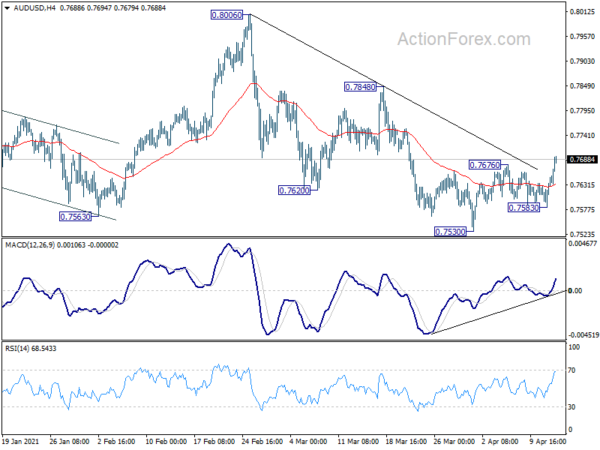 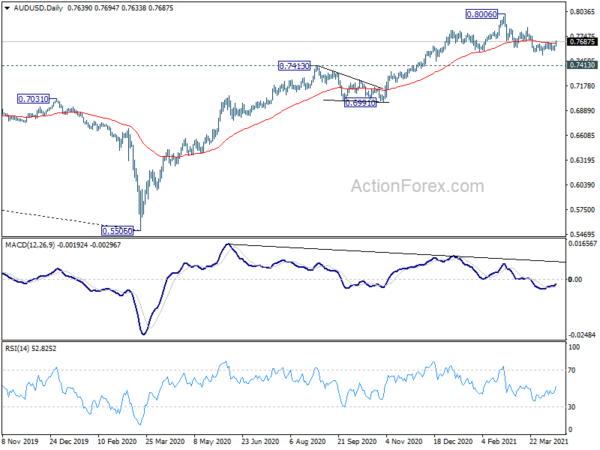