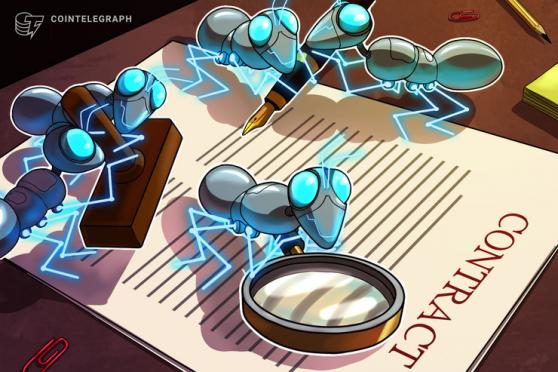 Smart contracts are an important element of the blockchain revolution, although they predate blockchain. According to most sources, it was Nick Szabo who coined the term “smart contract” in the 1990s. The mechanism of a vending machine has since been frequently given as an example of a basic smart contract based on if-then logic. The payment into a vending machine triggers an irrevocable automated action from when money is retained to when an item is supplied.

The emergence of blockchain technology enabled the implementation of such if-then logic on decentralized networks to facilitate autonomous self-executing, self-performing smart contracts, also called computerized scripts, smart code, computerized protocols or decentralized business logic. Ever since they gained popularity, it has been debated and questioned whether they are at all smart or contracts.

Agata Ferreira is an assistant professor at the Warsaw University of Technology and a guest professor at a number of other academic institutions. She studied law in four different jurisdictions, under common and civil law systems. Agata practiced law in the U.K. financial sector for over a decade in a leading law firm and in an investment bank. She is a member of a panel of experts at the EU Blockchain Observatory and Forum and a member of an advisory council for Blockchain for Europe.