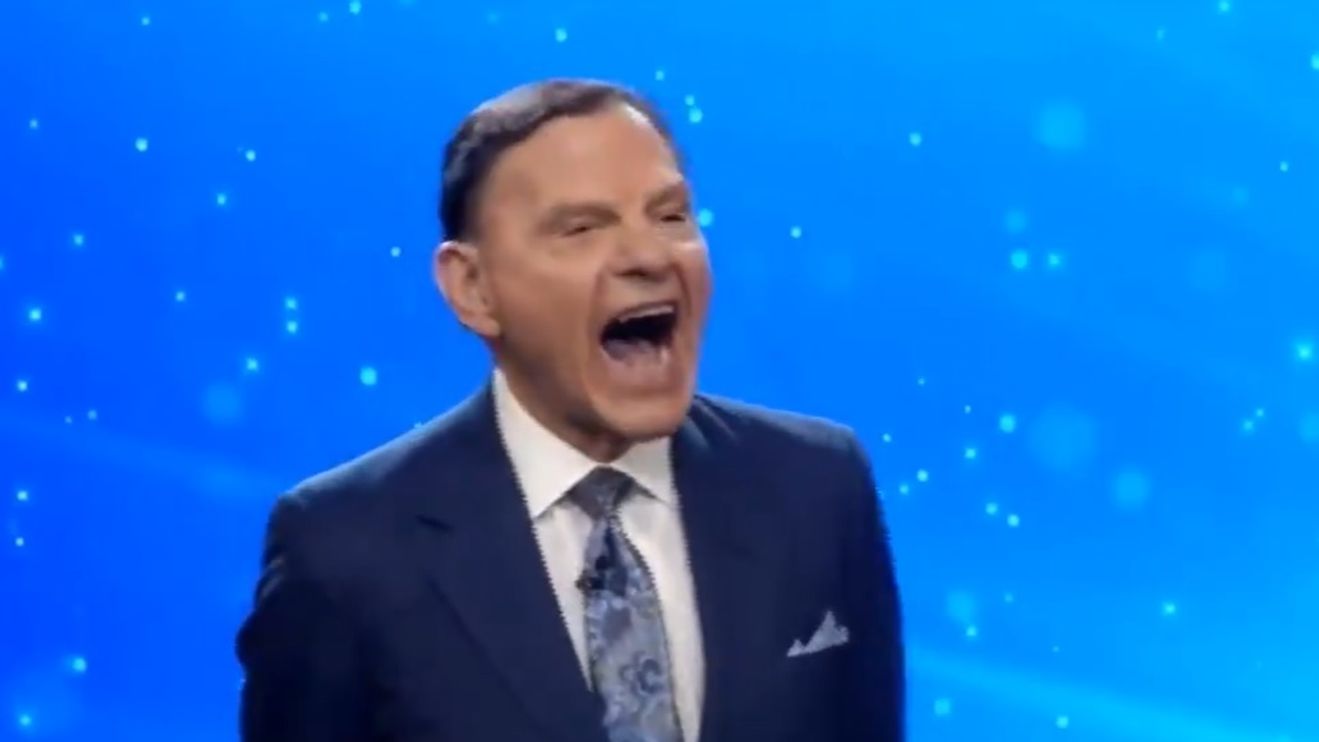 This just might put the fear of God in you.

Kenneth Copeland, a televangelist and devoted Donald Trump backer, let his feelings about the results of the presidential election be known in a most bizarre way during one of his prayer services.

Two words pretty much sum it up: Ha ha.

Social media ate it up, with the clip being viewed more than 5 million times. George Takei, of “Star Trek” fame, captured the gist of the reaction on Twitter
TWTR,

This isn’t the first time Copeland’s made a splash on the internet.

Last year, he was confronted by an “Inside Edition” reporter over his use of donations to fund his private jet. He previously said he couldn’t fly commercial because “You can’t manage that today, in this dope-filled world, get in a long tube with a bunch of demons.”