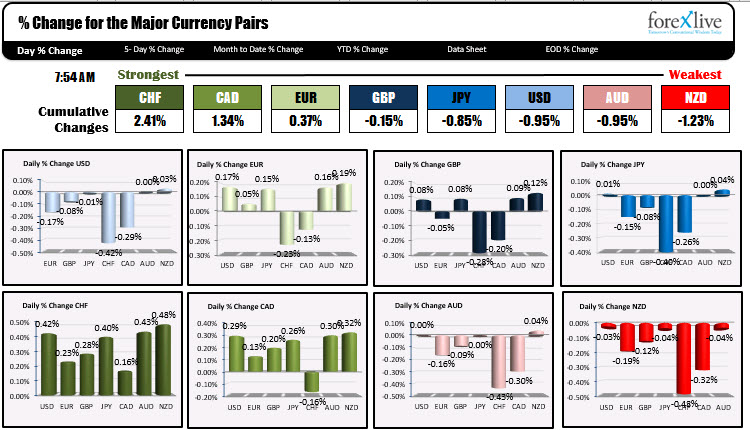 The USD is marginally lower mostly

As the North American session gets underway, the CHF is the strongest and the NZD is the weakest. The USD is modestly lower with most of the declines vs the CHF, CAD and EUR. The AUD, NZD, JPY and GBP are more near unchanged.  Stocks are marginally higher.  Yields are lower. Kaplan speaks later today.   US Housing starts and U of Mich. Sentiment will be released. After yesterday's strong claims and retail sales, the market will be looking for a move higher today in sentiment for April (Preliminary) to show the economic improvement.

The ranges and changes are mixed. The USDCHF and USDCAD stick out as they trend to the downside. The AUDUSD corrected after a run higher over the last few days but is trading back near the highs.   I did a video that focused on the AUDUSD trend move this week. You can watch it here.

The AUDUSD and NZDUSD AND the USDJPY have modest ranges of 29 to 36 pips in the morning snapshot. 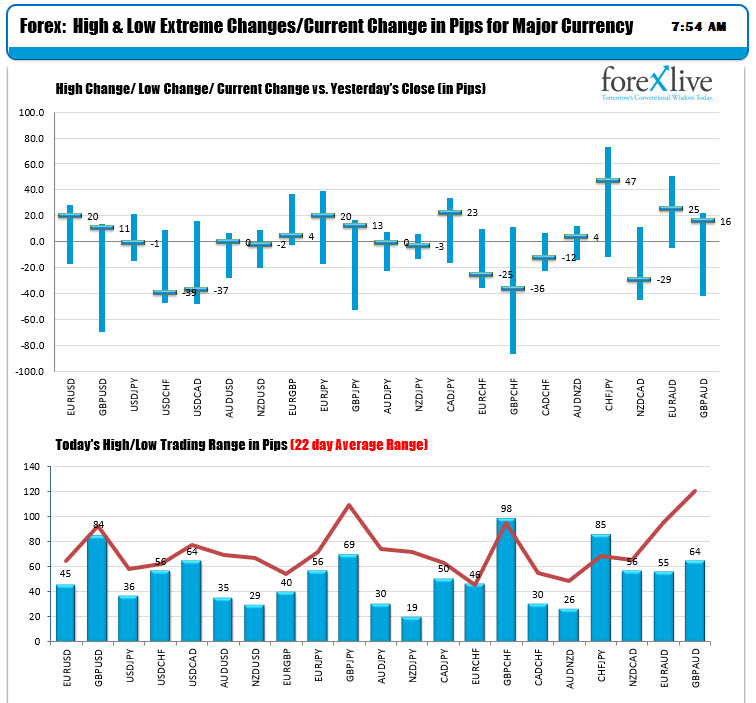 In the premarket for US stocks, the major indices are marginally higher after yesterday's sharp move higher saw the NASDAQ move up 1.31% and the S&P index close higher by 1.11%.

In the European equity markets, the major indices are also trading higher:

In the US debt market yields are lower with the yield curve flatter:

The European debt market, the yields are marginally higher across the board is a week moves toward an end: