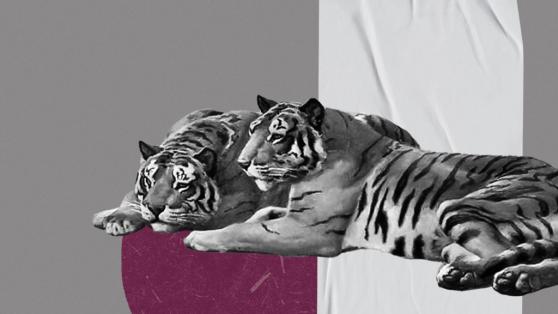 The fierce animal rights activist rivalry is back in action; this time in the cryptocurrency space. Widely known for his role in the Netflix (NASDAQ:) documentary, “Tiger King,” American, former wildlife zoo owner and activist Joe Exotic has launched his personal token: TKING.

The former TV star expects his ERC20 token to help him in a fight for justice and prison reform, as well as in the preservation of wild animals.

Joseph Maldonado-Passage, better known as Joe Exotic, was found guilty of plotting the assassination of fellow animal rights activist, Carole Baskin. Last year he was sentenced to 22 years in prison and was also found guilty of wildlife trafficking, and of animal abuse violations.

As stated on the official TKING website, the project aims to make Tiger King great again, and restore it to its former glory.

“We will land the first tiger on the moon to free Joe,” reads the announcement. The funds raised by the TKING taken are planned for use in Joe Exotic’s legal defense battle, and for tiger rescue operations.

The newly issued Tiger King token is a deflationary ERC20 token with a total supply of 1 trillion, 2% of which are burned in each transaction. According to the website, 35% of all TKING tokens have already been burned.

The coin is already listed on Uniswap and is trading at around $0.000005504 at the time of writing. TKING has seen more than 15% growth in the past 24 hours, however, it is still ranked at 3089th by CoinMarketCap.

In the project’s roadmap, it was announced that Tiger King plans to launch an NFT later in June to further support Joe Exotic’s legal treasury. The issuers also declared there would be “mainstream marketing exposure like no other coin before.”

Baskin revealed that she is also scrutinizing cryptocurrencies. She is concerned by the amount of dollars being printed by the Federal Reserves, especially due to the fact that there is “nothing to back them up.” She did also admit that she likes the idea of “putting the power of money in the hands of the people, rather than banks and governments.”

Carole Baskin became famous after featuring in the “Tiger King” documentary series, together with Joe Exotic. She has since openly criticized him on his treatment of animals and secured a million-dollar judgment.

The CAT coin owner currently runs one of the largest sanctuaries, Big Cat Rescue, taking care of large wild cats and fighting against their trade.

Her CAT token is currently trading at $0.1918, which is 78% lower than its all-time high price of $0.88 from a few weeks ago. The CAT coin is in a much higher position, by market cap, compared to TKING, however, the Tiger King team says it “will never let Carole win.”