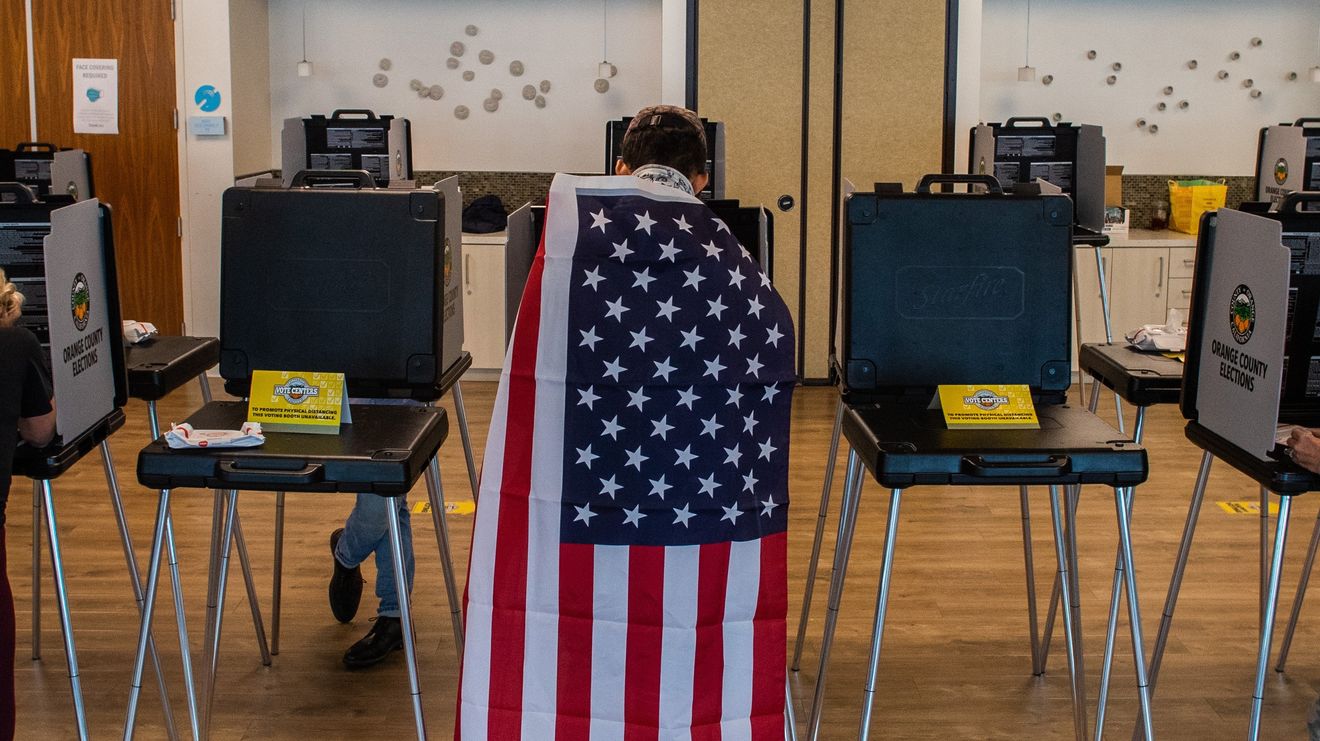 Don Jr., that’s who. Yes, the president’s outspoken son, apparently borrowing a map from someone named “One Wallee,” touted his father’s appeal, with a few exceptions, in this red-dominated world map he posted to his 5.9 million followers on Election Day:

Obviously, Jr. was joking, but the confused GIFs were flying:

Matthew Champion, an editor at Vice.com, joined the head-scratching response. “So if I understand this map correctly, and that’s a big if, California, Mexico, New York, Cuba, Liberia, India (minus Kashmir), India, Sri Lanka, and China… are Democrat now?” he tweeted.

Indeed, the internet had questions. So, so many questions. All of Kashmir belongs to Pakistan? What’s going on with Sri Lanka? The Black Sea is actually red? One commenter threw water on the idea of a “red” Europe considering this poll that he floated out there:

As for what’s really going down in the U.S. election, follow along throughout the day with Rob Schroeder and MarketWatch’s live blog.