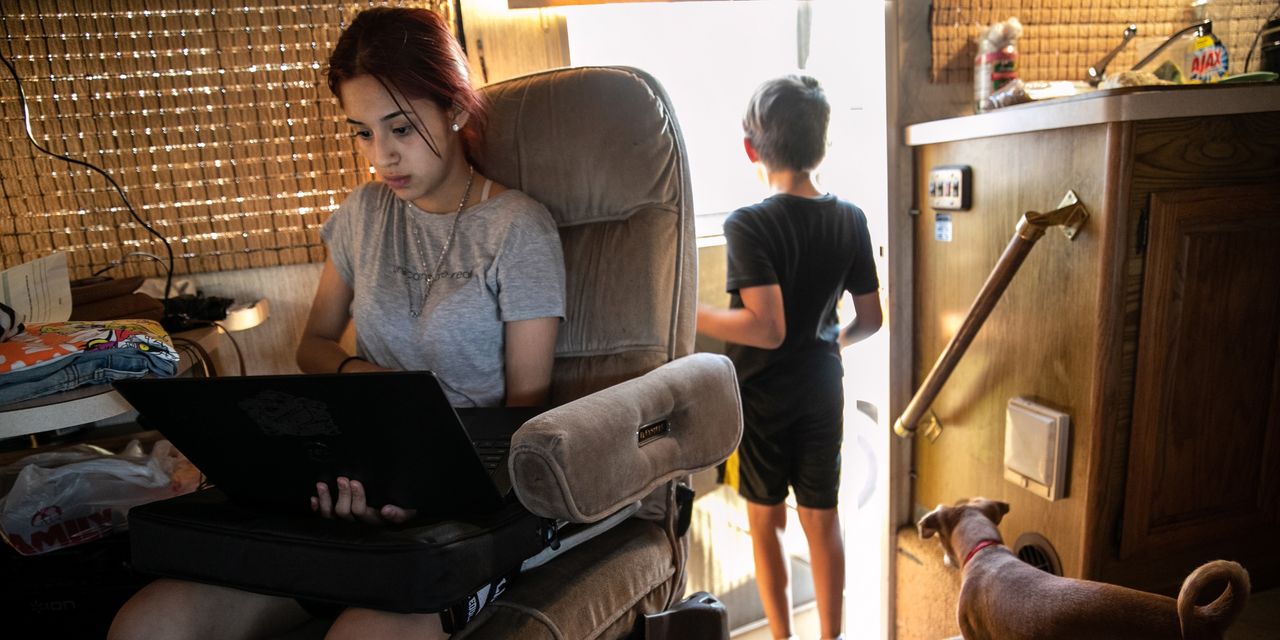 Without stimulus checks, approximately 12.4 million more Americans would be living in poverty right now, according to new projections on the results of pandemic-related government safety net spending in 2021.

That’s roughly one-quarter of the almost 50 million people who avoided poverty this year because of the full array of government intervention to shore up the struggling economy and households, according to researchers at the liberal-leaning Urban Institute.

Compared to other pandemic-related government spending measures such as expanded food stamps, enhanced unemployment benefits, and supplemental Social Security income, “the federal stimulus checks have a larger antipoverty impact than any of the other programs,” they wrote.

Researchers counted the second $600 stimulus check and the third $1,400 check in their estimates because both were income that hit wallets in 2021.

Elaine Waxman, senior fellow at the Urban Institute, was surprised at just how many people avoided poverty because of the direct checks. “The power of cash to reduce poverty is made plain,” she said.

That power, she said, came from flexibility. The checks were “available to broadly cover the needs of the household,” while other government subsidies are often earmarked for a specific expense, like rent or groceries, she noted.

Overall, the poverty rate is projected to sink to an estimated 7.7% in 2021, which is lower than the 13.9% rate in 2018, when the think tank did the same sort of analysis. In fact, the 7.7% rate is even lower than the 8.7% poverty rate the researchers previously thought would occur this year.

The new, lower projections incorporate improvements in the economy, more up-to-date state information and an improved method of gauging the data, they noted.

Researchers calculated the national average poverty line at an annual income of $13,667 for an individual, $20,669 for a one-adult, one-child family and $30,232 for a two-adult, two-child household.

The report shows how much stimulus programs meant to families on the brink during a pandemic with devastating health and economic consequences. It also underscores the fact that many of these programs are going away, if they haven’t already.

Expanded unemployment ends in early September in the states that still have the boosted benefits, and extra money for SNAP subsidies ceases in September too.

Other pauses appear to be ending. An eviction moratorium is slated to expire Saturday, though President Joe Biden called on Congress to further extend the pause.

As for another round of stimulus checks?

The prospect is “just extremely unlikely at this point,” said Ed Mills, a Washington policy analyst for Raymond James.

Though some Democratic lawmakers have previously floated the idea, Mills said the focus and energy for now is on issues like hammering out an infrastructure deal.

On Wednesday, Senators voted to start working on an almost $1 trillion national infrastructure plan created by a bipartisan group of Senators.

Another focus is potentially extending the enhanced payments under the child tax credit beyond 2021, Mills said.

By itself, the advance payments on half of expanded child tax credit will lift 1.7 million people out of poverty and 1 million of those are under the age of 18, the Urban Institute data said.

The payments, which arrive mid-month from July to December, are up to $300 per child under age 6 and up to $250 for kids between the age of 6 and 17. Like stimulus checks, there’s no spending requirements on the money.

But when it comes a fourth stimulus check, “something has to go wrong from here that’s directly impacting people’s ability to work and make money before stimulus checks can be considered,” Mills said.

For now, some things aren’t going according to plan.

The delta variant is powering a rise in COVID-19 cases and prompting more employers to implement vaccine mandates, or regular COVID-19 testing. On Thursday afternoon, Biden was expected to join the ranks by saying federal workers have to get vaccinated or undergo testing.

But when it comes to jobless claims, the variant doesn’t seem to be inflicting much damage for now. There were 400,000 initial jobless claims for the week ending July 24, a 24,000-claim decline from the previous week, according to the Department of Labor released Thursday.

Meanwhile, the size of the U.S. economy now surpasses pre-COVID level, according to Thursday data on the country’s gross domestic product. GDP expanded 6.5% at an annual pace during the second quarter.

While future stimulus checks don’t appear likely, people who have missed out on previous checks can still get their money by filing income taxes. The Internal Revenue Service issues the checks, but needs to know who to send it to, how much and where.

The IRS recently released another 2.2 million of the third-round checks, according to an announcement earlier this month. More than half of them went to households that only recently had filed a tax return, according to the Treasury Department.

Overall, the IRS has sent out more than 171 million payments on the third round of stimulus checks, which are worth more than $400 billion.