This is America’s rare chance to undo the economic wrongs of decades, these strategists say 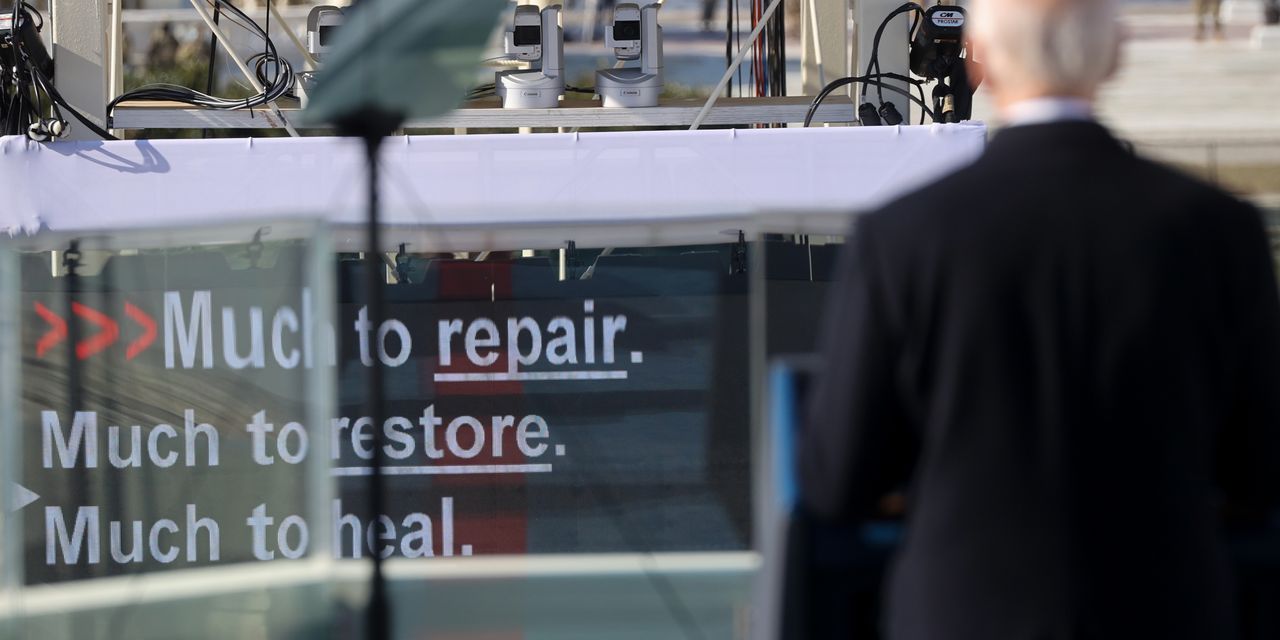 What doesn’t kill you makes you stronger, it’s said, though that’s cold comfort for anyone going through a trauma, whether personal or collective.

But some recent analysis suggests the U.S. is in for some healing, not just from the horrors of the coronavirus pandemic, but also from well-meaning yet ultimately destructive policies that have shaped the past few decades of American life and given us the economy we live with now.

“What COVID did was reveal the imbalance in the growth model of the prior few decades,” said Steve Blitz, chief US economist for TS Lombard.

The Biden administration has a once-in-a-generation opportunity to undo those decisions and remake the economy, Blitz and others believe, with big implications for financial markets as well as the social fabric.

“Economic scarring,” a term that’s recently come back into vogue as COVID-19 tramples the most vulnerable in the economy, isn’t new, Blitz noted in a January analysis. Most researchers date the steepest decline in labor’s share of capital to the late 1990s, as automation increased, union membership declined, and China began to compete on the world stage.

“Downward mobility and rising ‘deaths of despair’ have been the result,” Blitz wrote. “Trump tapped into this broad disquiet to build his popularity… It is key for Biden to communicate that he too recognizes this scarring problem and orders his economic priorities accordingly.”

Read: Does America need to be made great again?

The geopolitics team at BCA Research agrees. “Structural reform is coming to the US in the wake of the riotous 2020 election cycle,” they wrote in January. “Extreme levels of political polarization will subside, albeit remaining relatively elevated. This will smooth the way to a more proactive fiscal policy that secures the economic recovery. The Biden administration has enough political capital to pass large fiscal stimulus, an expansion of Obamacare, and an increase of taxes, regulations, and the minimum wage.”

Of course, in any country, let alone one as divided as the U.S., a big-government agenda won’t appeal to everyone.

But the BCA team thinks it may face less opposition than in
the past. “The populist Republicans are increasingly willing to accept large
spending to ease burdens on their voter base. Trump was a big spender, and the
Republicans passed large spending bills during his term,” they wrote. “Granted,
desperate times call for desperate measures – Republican fiscal hawkishness
will return now that the party is in the opposition. But there can be little
doubt that Republican fiscal discipline has eroded.”

Blitz believes COVID relief is just the beginning, though. “Infrastructure”
was a running joke of the Trump administration, yet might be the key to what
Blitz calls “rebalancing” the economy in favor of the middle class.

(Biden) “can’t sell it as stimulus and the need for a green
economy,” Blitz said in an interview. “But if he sells it as a part of a
broader effort that started with some of Trump’s tax changes and trade policies
to rebalance consumption and capital spending in the US, it might work. We need
a rebalance that’s going to hire back that middle-income, middle-wage,
middle-education worker.”

If a 21st-century New Deal, green or not, seems far-fetched, that’s not without reason. COVID-19 is still in charge, even as vaccine distribution ramps up and some high-frequency indicators suggest the economy may be more broadly resilient than was initially feared.

But these analysts believe Biden has the will as well as the
political capital to make steps in that direction. As such, there are some
market implications to keep in mind, and perhaps even some ways to position for
this long game.

First, Blitz expects the Biden administration to keep a hawkish stance toward China, and for firms to start re-shoring jobs, to any extent possible. That may mean a boost for 3-D printing, semiconductors, and other 21st-century manufacturing plays.

He also expects Treasury Secretary Janet Yellen to let the dollar weaken and to take a dim view of countries that try to keep their own currencies artificially deflated. And in order to finance the growing fiscal deficit, Treasury will likely explore more seriously issuing 50-year bonds. “Why not fix interest expense at negative real rates and wait 50 years to roll current nominal values?” Blitz asked.

As for sector bets, BCA Research considered the “reflationary” nature of these policy shifts: as the deficit grows and the yield curve steepens, cyclical and value stocks, in sectors like energy and financials, will benefit. Consumer discretionary stocks
XLY,

will get a boost from additional stimulus spending and a sturdier safety net, they suggest.

The BCA team also focused on a longer-term issue: over time, this paradigm shift will erode corporate margins. “There will be an earnings hit from the simultaneous increase in taxes, regulations, and the doubling of the minimum wage to $15 per hour. Moreover investors need to price in more than Biden’s agenda. They need to price in a broader shift in US policy to redistribute wealth from capital to labor.”

Read next: Individual investors are back — here’s what it means for the stock market

In the shorter term, investors will get a look in the coming week at corporate results from Twitter Inc.,
TWTR,

On Friday, stocks closed at or near records, with the Dow Jones Industrial Average
DJIA,