This surprising state is now a No. 1 retirement destination 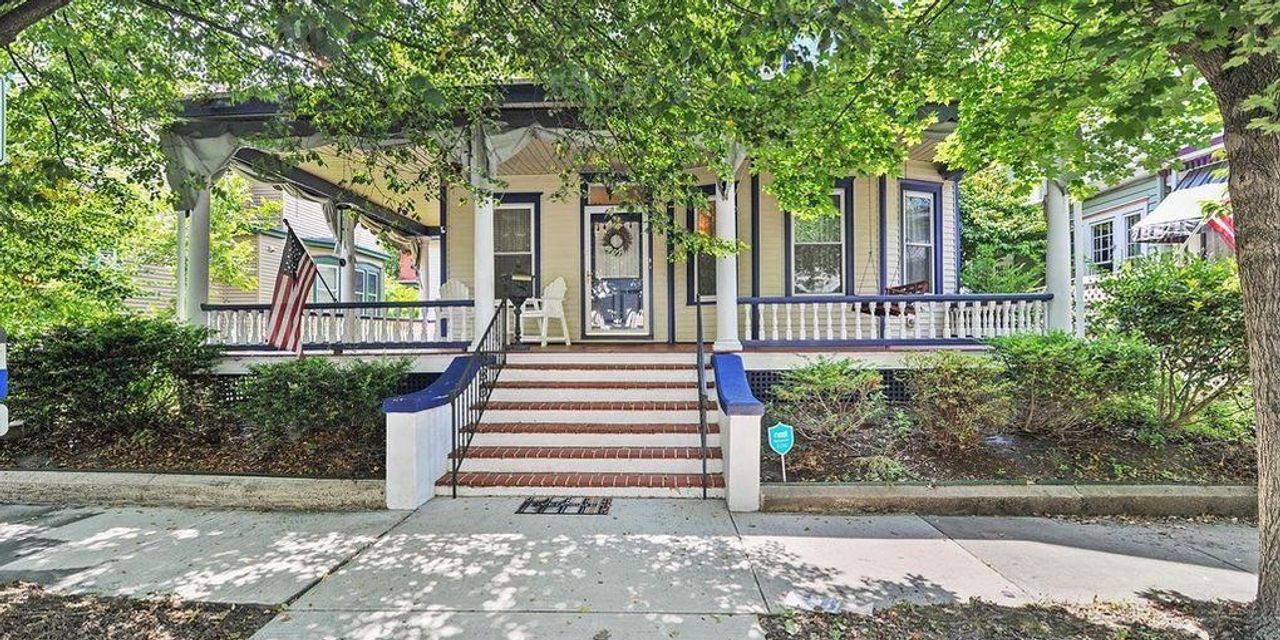 There’s a new top retirement state in town, and it’s not Florida, Arizona or any of the usual Sunbelt suspects.

The tiny mid-Atlantic corporate enclave, now famous as the home state of the incoming president, came out as the surprising No. 1 destination for retirees (according to one way of calculating, anyway).

These results come from the latest United Van Lines annual survey of who’s moving where and why.

United Van Lines, the country’s biggest full-service moving company, operates about 300 agencies across the U.S. and typically handles around 100,000 moves a year. It’s been conducting the survey for 40 years.

In 2020, 41% of those moving to Delaware cited “retirement” among their reasons. That was the highest percentage among the inward bound of any state, just edging out second-place Montana.

Last year 77% of those who moved to Delaware were over 55.

But why Delaware? Prior to Joe Biden’s election, it really only had three claims to fame.

First, many big companies have their titular headquarters there for tax and legal purposes.

Second, it was the first state to ratify the U.S. Constitution, so it is sometimes known as the First State.

And, third: When people sitting in a bar try to name all 50 states, and get stuck on 49, Delaware has a very good chance of being the one they forgot.

But United Van Lines’ communications director, Eily Cummings, says the state has been on the way up among retirees for a couple of years now (whereas Montana saw a big jump last year alone).

Liz Keller, director of the Delaware Tourism Office, says many retirees come from the big nearby states, and retire to Delaware because they already have a second home there. “Specifically the Delaware beaches have been larger areas for retirees,” she says. “A lot of people do pick a second home [here] and use it as a vacation home until they’re ready to retire. Our beaches our beautiful!”

Delaware is near the big population centers around Washington, D.C., and Baltimore, eastern Pennsylvania, New Jersey and southern New York. Retirees are apparently hoping the proximity means the children and grandchildren will come and visit more often. Especially if it’s on the beach. “Your extended family can come visit you,” says Keller. “And why not come visit your grandparents at the beaches?”

Delaware, she adds, is only a couple of hours’ drive, at most, from the big cities.

That’s also a draw when it comes to health care, a big concern for people in retirement, especially once they hit their 70s and 80s. Delaware has its own big hospitals, says Keller. But it can’t hurt that you’re so close to the medical centers at the University of Pennsylvania and Johns Hopkins and the vast health-care resources of New York City.

The state has its own attractions, notes Keller. Not just the beaches in the south, but picturesque small towns in the center, and historic mansions in and around Wilmington in the north. Those include the Nemours Estate, modeled after the Versailles Palace in France. Who knew?

For $335,000 you can park your rocking chair on a porch in Dover, the Delaware capital.

Taxes aren’t quite the draw I had assumed. Delaware has no state sales tax, but the Tax Foundation, a low-tax-advocate think tank based in Washington, D.C., ranks its state and local taxes the 14th highest in the country per capita.

It is, at least, a lower-tax state than New York, Connecticut or Maryland, or Washington, D.C., the foundation reports.

Delaware isn’t a cheap place to move, either. Property company Zillow estimates that the average home in Delaware costs $284,000, just ahead of its national estimate. Much of that is driven by expensive beachfront property. Among the more affordable, up-and-coming areas, Keller cites the town of Milford, a bit inland. “It’s more affordable than your waterfront properties,” she says, and offers “picturesque living 20 minutes from the beach.”