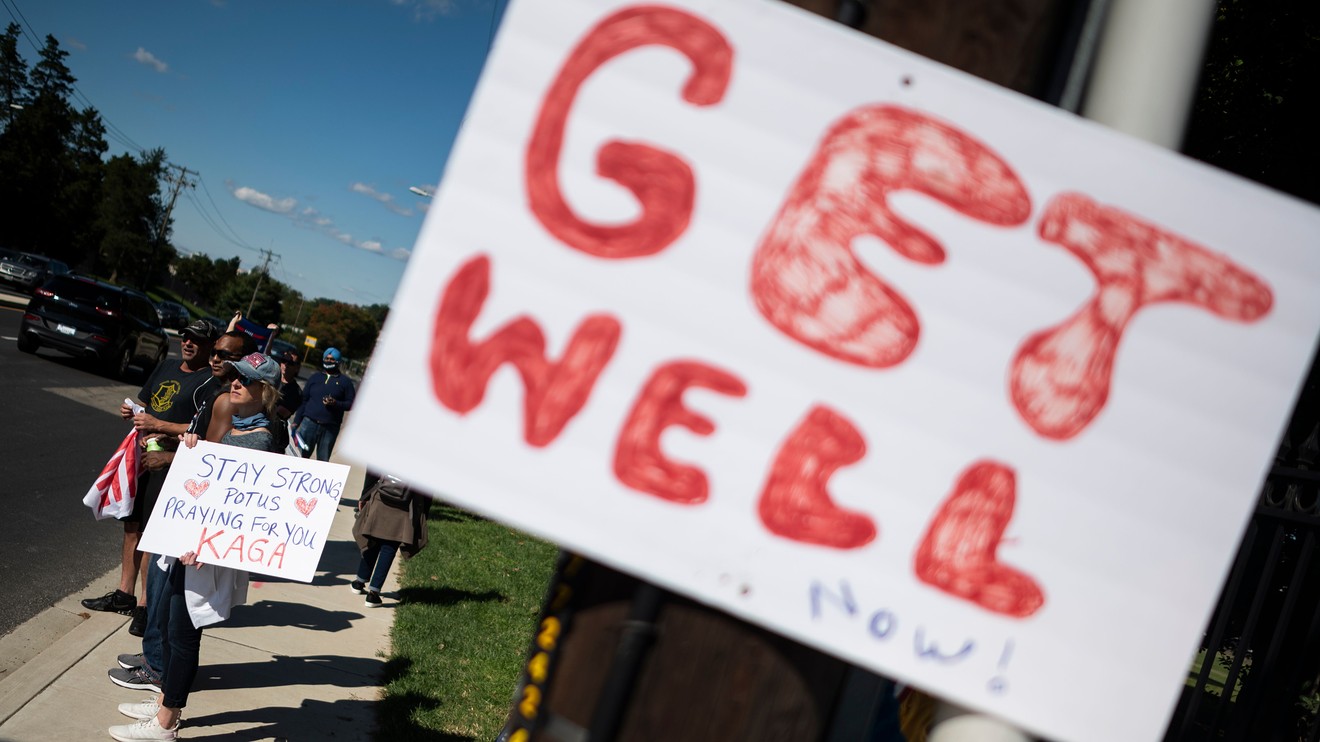 President Donald Trump was discharged from Walter Reed medical center on Monday evening, three nights after he was admitted Friday to the military hospital for coronavirus treatment.

“Feeling really good! Don’t be afraid of Covid. Don’t let it dominate your life,” he wrote on
TWTR,

Monday afternoon, telling the world about his scheduled 6:30 p.m. discharge.

The discharge followed a White House estimation that the president’s hospital stay would be a matter of “a few days.”

Trump is “not out of the woods” yet, but he’ll have “world class medical care 24/7” at the White House, the president’s physician, Dr. Sean Conley, said Monday afternoon.

Trump’s stay at Walter Reed National Military Medical Center is a relatively quicker trip in and out of the hospital compared to other coronavirus patients, research and medical experts say.

But then, one infectious disease expert said, other patients aren’t the President of the United States receiving top-of-the-line hospital care and then returning to the White House, which has a medical unit inside of it.

COVID-19 had infected 7.4 million Americans and resulted in 209,811 deaths as of Monday, according to an ongoing tally from Johns Hopkins University.

“If his doctors say he’s safe to go, it’s hard for me to argue,” Dr. Daniel McQuillen, senior staff physician at Lahey Hospital & Medical Center in Burlington, Mass., told MarketWatch. “But who knows which way that relationship tilts.”

McQuillen, who is also vice president of the Infectious Diseases Society of America, a professional association of infectious disease doctors, said many of his own hospitalized COVID-19 patients stay for a range around six to eight days. It skews closer to the eight-day mark or longer for an overweight, older man, McQuillen added.

When Trump announced early Friday that he and his wife, Melania, had tested positive, observers noted Trump, a 74-year-old man weighing 243 pounds at his last physical, was at a higher risk for a severe case.

If McQuillen had a COVID-19 patient with that same profile, he would at least keep the person hospitalized for another day or two to keep close tabs before they went home, he said. That way, McQuillen said, if there were any concerning developments, they would happen inside a hospital instead of at home.

Trump is “not really going home from a medical perspective,” McQuillen said.

Other studies have clocked coronavirus hospital stays, and many typically last longer than three nights.

The discrepancy between the hospitalization stays for patients in China and patients elsewhere may have to do with differing admission and discharge criteria, the researchers at the London School of Hygiene and Tropical Medicine.

Another study looked at the typical hospital stays for patients in New Orleans, La. between March and April. The median stay was seven days for 319 white patients, and six days for 1,063 Black patients, according to the findings published in May by the New England Journal of Medicine.

What’s next for the president?

The Centers for Disease Control and Prevention recommends that people with a mild or moderate case of COVID-19 isolate and take other precautions for 10 days after the onset of symptoms. People with a more acute case should self-isolate for up to 20 days, the CDC added.

Don’t miss: As Trump prepares to leave Walter Reed after coronavirus treatment, here’s what we know about his health

The question is whether Trump will follow the guidelines, McQuillen said.

The president waved to well-wishers on Sunday in a motorcade outside the Bethesda, Md.-based medical center. He sat in the back seat, masked and giving the thumbs up. Doctors criticized the scene and one, who is an attending physician at Walter Reed, called it “insanity.”

Earlier Sunday, Conley said Trump was being treated with dexamethasone, a steroid that’s primarily for severely ill hospitalized COVID-19 patients, in addition to his other treatments.

“We [were] really trying to maximize everything that we could do for him,” Conley said. “We debated whether we even started the dexamethasone. And we decided, in this case, the potential benefits early on [in] the course probably outweighed any risks at this time.”

Is It Time To Revisit Holding Cryptocurrencies?

What Is a Cryptocurrency?

What is an ECN Forex Broker?