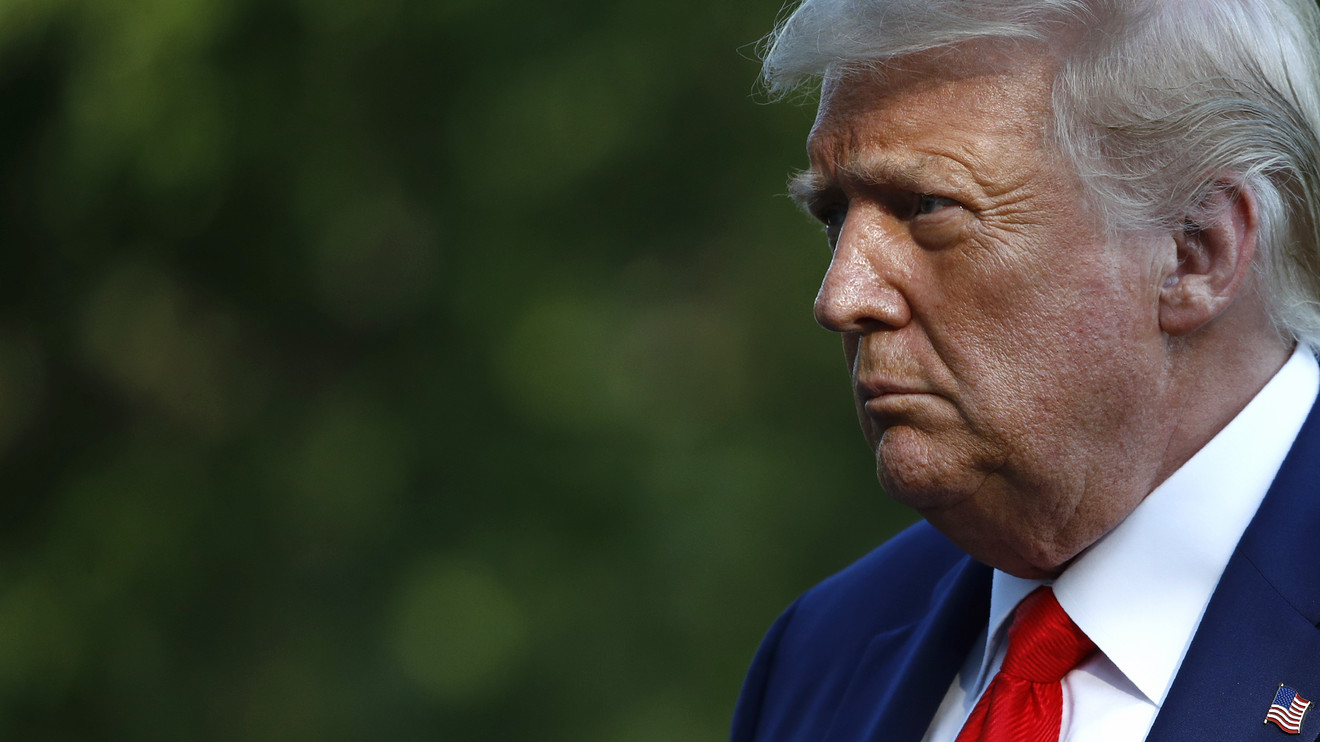 WASHINGTON — President Donald Trump is ordering the federal government to begin the process of defunding New York City and three other cities where officials allowed “lawless” protests and cut police budgets amid rising violent crime, The Post can exclusively reveal.

Trump on Wednesday signed a five-page memo ordering all federal agencies to send reports to the White House Office of Management and Budget that detail funds that can be redirected.

New York City, Washington D.C., Seattle and Portland are initial targets as Trump makes “law and order” a centerpiece of his reelection campaign after months of unrest and violence following the May killing of George Floyd by Minnesota police.

“My Administration will not allow Federal tax dollars to fund cities that allow themselves to deteriorate into lawless zones,” Trump says in the memo, which twice mentions New York Mayor Bill de Blasio by name.

“To ensure that Federal funds are neither unduly wasted nor spent in a manner that directly violates our Government’s promise to protect life, liberty, and property, it is imperative that the Federal Government review the use of Federal funds by jurisdictions that permit anarchy, violence, and destruction in America’s cities.”

Federal agencies must detail “all Federal funds provided to Seattle, Portland, New York City, Washington, D.C.” Also, within 14 days Attorney General Bill Barr must develop a list of “anarchist jurisdictions” that “permitted violence and the destruction of property to persist and have refused to undertake reasonable measures” to restore order. The memo does not require Barr to include the four cities, possibly for legal reasons.

The memo instructs White House budget director Russ Vought to issue guidance in 30 days from Wednesday “to the heads of agencies on restricting eligibility of or otherwise disfavoring, to the maximum extent permitted by law, anarchist jurisdictions in the receipt of Federal grants.”

The amounts of money impacted by Trump’s order could be massive. New York City, for example, gets about $7 billion a year in federal aid.

New York is named because of a crime wave as officials cut police funds. The city had a 177 percent spike in shootings in July compared to last year. The City Council approved a budget in July that cuts $1 billion from the NYPD’s $6 billion annual budget and eliminates $537 million in capital spending.

The memo says that “in New York City, city officials have allowed violence to spike.”

“In light of this unconscionable rise in violence, I have offered to provide Federal law enforcement assistance, but both Mayor de Blasio and Governor Andrew Cuomo have rejected my offer,” Trump says in the memo.

“While violence has surged, arrests have plummeted. In a 28-day period during the months of June and July, [New York City] arrests were down 62 percent from the same period in 2019. Amidst the rising violence, Mayor Bill de Blasio and the New York City Council agreed to cut one billion dollars from the New York Police Department (NYPD) budget, including by cancelling the hiring of 1,163 officers.”

The memo also cites NYPD Commissioner Dermot Shea’s June disbandment of plainclothes units. “Police officials have cited this decision as a factor contributing to the rise in violence,” the memo says.

The document knocks the performance of Democratic mayors in each city, as well as state leaders.

“As a result of these State and local government policies, persistent and outrageous acts of violence and destruction have continued unabated in many of America’s cities, such as Portland, Seattle, and New York,” the memo says.

In Washington, DC, “Mayor Muriel Bowser allowed rioters and anarchists to engage in violence and destruction in late May and early June, requiring me to call in the National Guard to maintain law and order in the Nation’s Capital,” the memo says.

The memo, in the works for weeks, does not directly reference activists confronting guests of Trump’s Republican National Convention speech as they left the White House on Thursday.

Portland made the list for nightly clashes that this week included activists smashing the windows of Mayor Ted Wheeler’s condo building, launching fireworks at its windows and lighting fires both inside and outside the residence.

Wheeler, who refused Trump’s offer of federal assistance in a recent letter, announced Tuesday he will find a new home to spare his neighbors from further protests.

Seattle is on the list largely for tolerating a long-running “autonomous zone” that ultimately was dismantled due to violent crime including shootings nearby.

“On July 1, Seattle declared the protest zone dismantled. But such failed leadership continues to harm the people of Seattle as, in recent weeks, rioters have engaged in violence and destruction of property across Seattle, resulting in at least 59 police officers being injured and multiple businesses and vehicles vandalized,” the memo says.

Vought, the White House budget director, applauded the review in a statement.

“American taxpayers who fund the great programs that our cities rely on deserve to be protected by their local city officials,” Vought told The Post.

“We are taking action by exploring all options to ensure federal resources flowing to lawless cities aren’t being squandered. The lack of law and order surrounding these riots, and response from local leadership, is a dereliction of duty. Our men and women in blue cannot be handcuffed by local leadership in their efforts to respond to riots and protect their fellow citizens,” Vought said.

A senior administration official told The Post that “taxpayers shouldn’t foot the bill for local politicians’ dereliction of duty” and “President Trump is ensuring taxpayer dollars are not wasted by lawless mayors.”

The list of cities and possibly states will be updated periodically with input from the Justice Department, the official said, and federal agencies will be directed to revise grant conditions when applicable to uphold the rule of law.

The official said Portland, the smallest city on the list, got more than $252 million in federal funds in fiscal 2019, including for police operations.