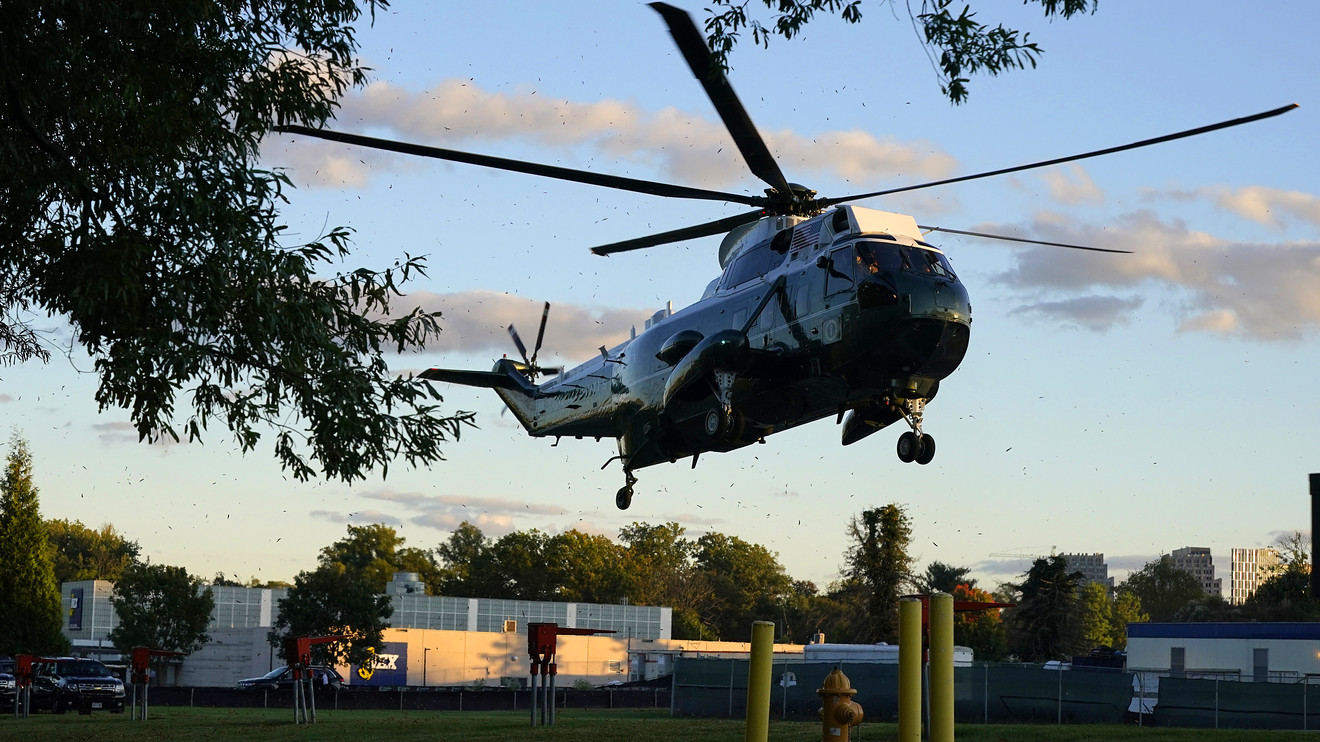 President Donald Trump, toward the end of an uncharacteristically inactive day on Twitter and just ahead of his departure to Walter Reed National Military Medical Center for observation and continuing treatment after contracting the coronavirus that causes the disease COVID-19, recorded this video message to provide an update on his condition:

In the 18-second message, Trump reported that he thought he was doing well and that first lady Melania Trump, who had also tested positive, was faring well. He later walked unaided, and wearing a mask, from the White House to Marine One.

The president had gone more than 17 hours on Friday without a single post on Twitter
TWTR,
.
His last tweet had been the one in which he — rather than, as is customary, White House medical or press staff — announced he and the first lady had tested positive.

It was reported that he would spend “a few days” at the premier military medical facility in Bethesda, Md., while Melania Trump remains at the White House.

Read on:President Trump tested positive for coronavirus — here’s everything we know so far