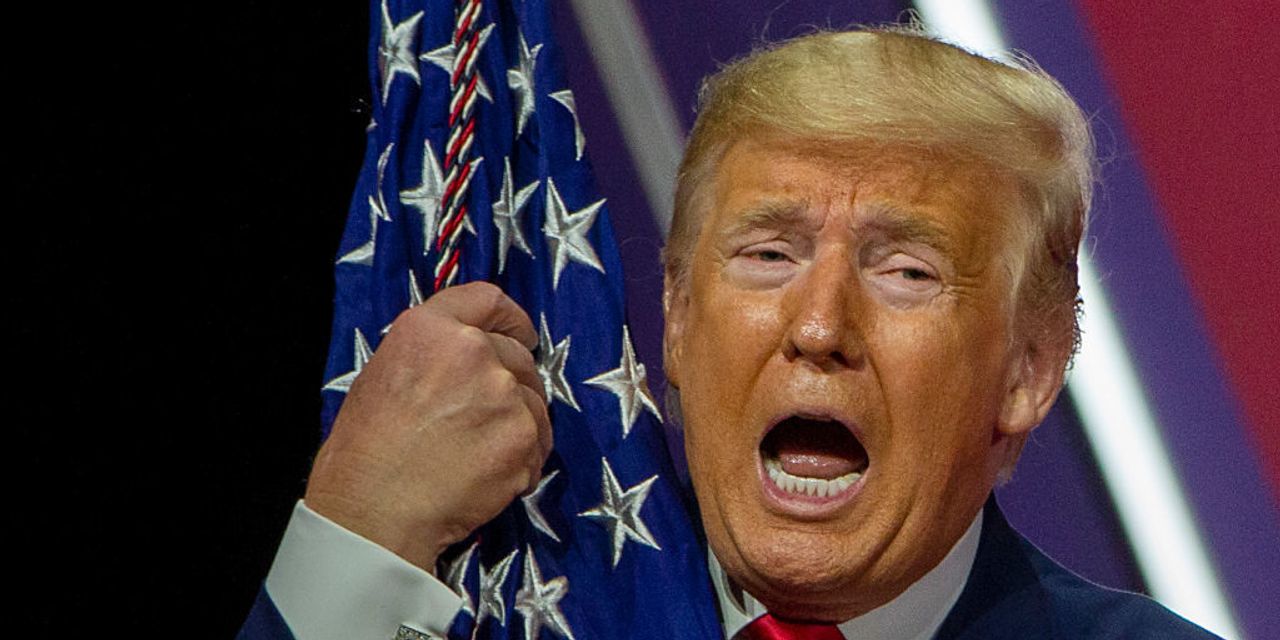 Former President Donald Trump will proclaim that he is still in charge of the Republican Party and is its “presumptive 2024 nominee” when he makes his first public appearance at a conservative conference next weekend in Orlando, Fla., according to a report on Monday.

Trump’s keynote address at the Conservative Political Action Committee conference next Sunday will be a “show of force,” and he will remind Republicans that he still has control of the bully pulpit even if he’s not in the White House, Axios reported.

or the Oval Office, but I’m still in charge,” will be Trump’s message to the group, the website reported, citing a longtime adviser.​

The former president, who has been hosting Republican lawmakers at his Mar-a-Lago club in Palm Beach, Fla., will huddle this week ​with advisers on his political future with an eye toward becoming a kingmaker in the 2022 elections.

“
‘Trump effectively is the Republican Party.’
”

Senior adviser Jason Miller said Trump intends to remain a force among Republicans. “Trump effectively is the Republican Party,” Miller told​ Axios​. “The only chasm is between Beltway insiders and grassroots Republicans around the country. When you attack President Trump, you’re attacking the Republican grassroots.”

A recent poll conducted by Suffolk University with USA Today found 46% of Republican voters saying they would leave the party if Trump decided to create his own political party.

T​rump is also expected to pay back the ​10 House Republicans who voted to convict him in his impeachment trial and the seven GOP Senators who voted with all Senate independents and Democrats to convict. ​

Earlier this month, Trump tore into Senate Minority Leader Mitch McConnell, calling him an “unsmiling political hack” who should be booted from office. McConnell had voted to acquit Trump but then labeled Trump “practically and morally responsible”​ for the Jan. 6 Capitol riot.​

Trump has found support from state Republican officials who censured members of Congress who voted against him, and he retains a database of millions of names from his campaigns and as much as $75 million in his PAC he can shower on candidates he recruits to challenge sitting Republicans in primary elections.

Key Words: ‘We did not send him there to do the right thing’: Pennsylvania Republicans may censure Sen. Pat Toomey over impeachment vote

An indication of how strong Trump’s support is within the GOP, 80% in the USA Today/Suffolk University poll said they would not back a candidate who had voted against the former president in the impeachment proceedings.