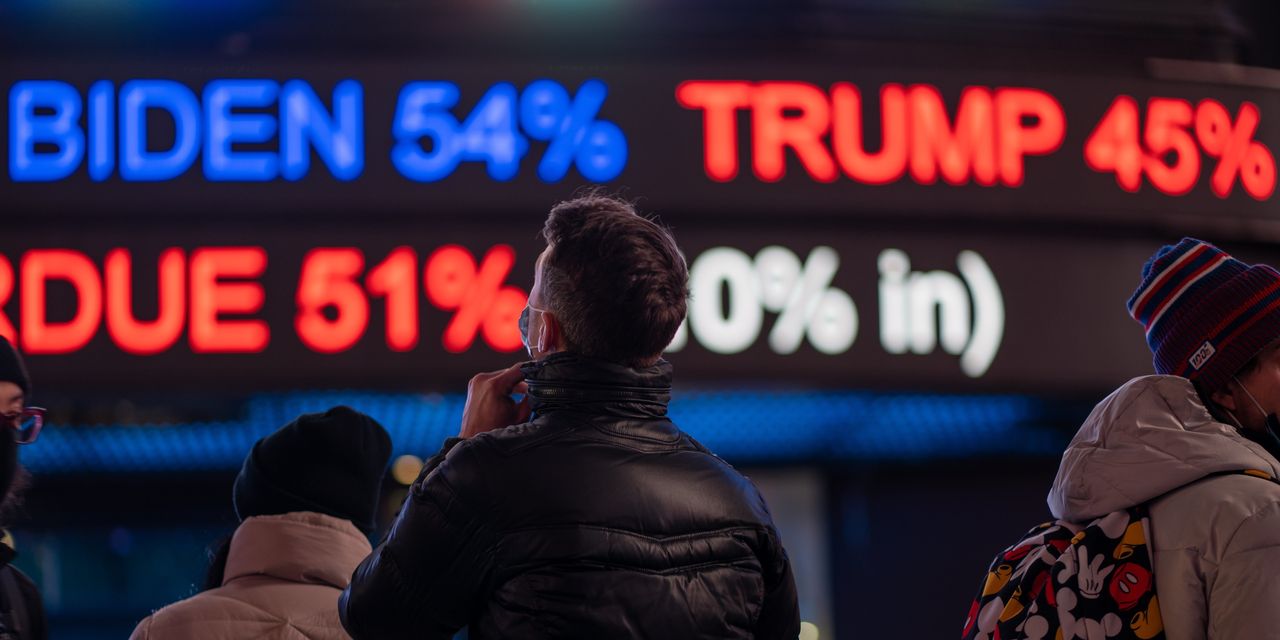 In the throes of Election Night, a few betting markets now are starting to indicate incumbent President Donald Trump could be a favorite to win a second term in the White House in the presidential contest against former Vice President Joe Biden.

State vote tallies still were rolling in but, but U.K. exchange Betfair was offering essentially 3 to 1 odds for a Biden victory, while Trump was 1.25, where a $100 bet would get you $25 dollars if the 45th president eventually wins the election.

Trump has been seen narrowing his deficit against Biden over the course of the past few weeks.

Betfair has been a popular venue for betting on the closely watched political race. Back in September, the largest election bet of this campaign cycle was placed on Trump to win another four-year term, with an unnamed bettor placing £50,000 ($67,300) on Trump to win, which, if he’s re-elected, would pay out £104,000.

Separately, UK-based Smarkets Exchange indicated that it saw a massive swing on Tuesday in real-time odds for a Trump win against Biden:

Less than an hour earlier the odds had been about a coin toss, according to an earlier tweet from the betting platform.

The shifting odds among betting houses come as Trump and Biden are in a tight race to capture the 270 electoral votes needed to secure the Oval Office.

the Associated Press recently called Kansas for Trump, bringing the total electoral votes at this point to 131 for Biden vs. 98 for Trump, with big-ticket states still too close to call and many others on the way.

Heading into Election Day, Biden had a clear lead over Trump in national polls but a smaller edge in surveys of battleground-state voters who are likely to decide the election.

An outperformance by Trump would recall shades of the president’s stunning victory against Hillary Clinton back in 2016.

Meanwhile, stock-index futures were gaining steam, with those for the Dow Jones Industrial Average
YM00,