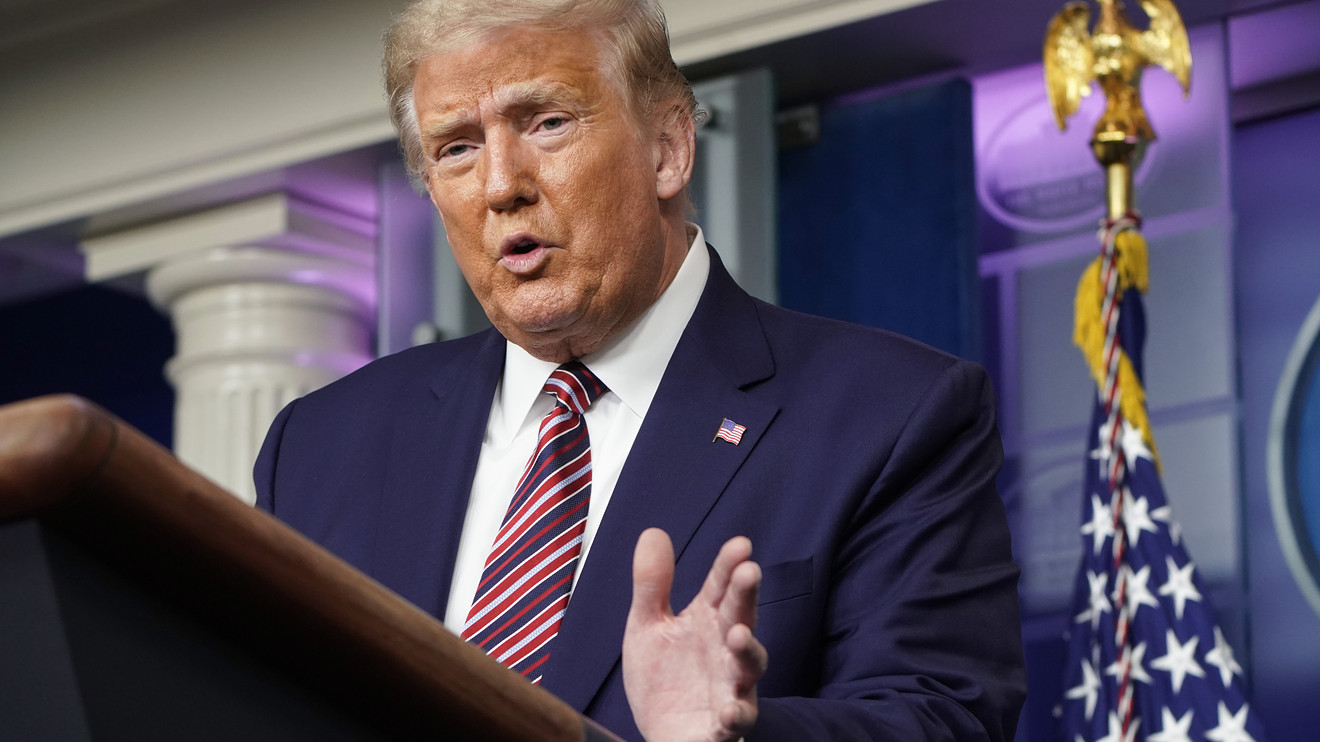 President Donald Trump reportedly paid a smaller income tax bill in 2017 than people earning between $20,000 and $25,000 did, according to one expert’s review of Internal Revenue Service data and a New York Times report into Trump’s taxes.

While Trump reportedly paid $750 after claiming large business losses to offset his income, a household earning between $20,000 and $25,000 faced an average $1,148 income tax liability. The average income tax bill only gets heftier from that point on, the numbers show.

That’s according to an analysis from Steve Wamhoff, director of federal tax policy at the left-leaning Institute of Taxation and Economic Policy. (Wamhoff looked at income tax liabilities by adjusted gross income and divided the returns by the total liabilities to get the estimated tax bills.)

The Trump campaign emphasized Monday that the Times story has no allegation of wrongdoing against the president. Furthermore, the article is based on “incomplete documents and is “inaccurate as the President has paid tens of millions of dollars in taxes,” a spokesman said. Indeed, Trump paid $70.1 million in income taxes from 2005 to 2007, the Times story said.

Wamhoff said he wasn’t too surprised by the Times story saying Trump, ahead of his $750 payments, paid no income tax in 10 of the 15 years before that. “We already know we have two tax systems….One for the wealthy and one for the rest of us.”

The average 2010 refund was $3,003, IRS data shows. That same year, Trump reportedly claimed and received a $72.9 million refund, which the Times says is the subject of a pending audit that could result in a $100 million bill for Trump if the IRS rules against him.

“
Trump ‘really is the logical conclusion of this tax system that provides all these special breaks and loopholes for the wealthy.’
”

Trump “really is the logical conclusion of this tax system that provides all these special breaks and loopholes for the wealthy,” Wamhoff added.

Under existing tax rules, two opposite-sounding points are both true: There may be some years where the businessman-turned-president’s income tax liability is on par with a low-income household, but the tax code also has progressively higher rates for high earners.

“Any anger and resentment from taxpayers is justifiable when someone with Mr. Trump’s wealth is paying so little in income taxes,” said Brian Riedl, senior fellow at the Manhattan Institute, a right-leaning think tank. (Riedl said he was “a little peeved too” because he paid more than $750 in taxes.)

But putting Trump aside, Riedl said the country still has a tax code that makes wealthy Americans pay more income taxes. Trump “is an outlier,” Riedl said. “Most multi-millionaires pay a helluva lot more than $750 in taxes.”

In terms of tax rates, the bottom half of taxpayers faced a 4% effective tax rate, once factoring in deductions and credits, while the top 1% had a 26.8% rate.

“The data demonstrates that U.S. individual income taxes continue to be very progressive, borne primarily by high-income earners,” said Erica York, an economist at the Tax Foundation. She declined to comment specifically on Trump’s taxes.

The income tax and its escalating rates make it “actually one of the better taxes we have. That’s the sad part,” said Wamhoff.

The full scope of taxes, including the payroll tax and state and local taxes, take a bigger bite out of lower-income households than higher-income ones, he said. (The payroll tax applies to employees and employers on the first $137,700 of income.)

York acknowledged something like the payroll tax can hit lower-income households harder. But still, she said, “the net result of the entire mix of taxes is a progressive tax system.”

The Times story comes in the middle of a tough presidential campaign between Trump and Joe Biden. The Democratic nominee is pledging to raise taxes on corporations and people making above $400,000.

Two of Biden’s aims would be putting the marginal top rate back at 39.6%, from the current 37%, and putting the capital gains tax rate at 39.6% for people making more than $1 million.

See also:Some wealthy Americans are already prepping their finances for a Joe Biden presidency — here’s how

There is “a case that the wealthy can afford to pay more taxes,” at this point, said Riedl.

For Riedl, tax breaks and credits — like the ones at focus in Trump’s taxes — are in place because the government wants to encourage or discourage certain behavior. That includes things like the ability to write off charitable deductions or research and development for companies.

So tax reform, he said, is about what sort of activities government officials and taxpayers want to promote and stop. “It’s not just a matter of press a button and make the rich pay more.”