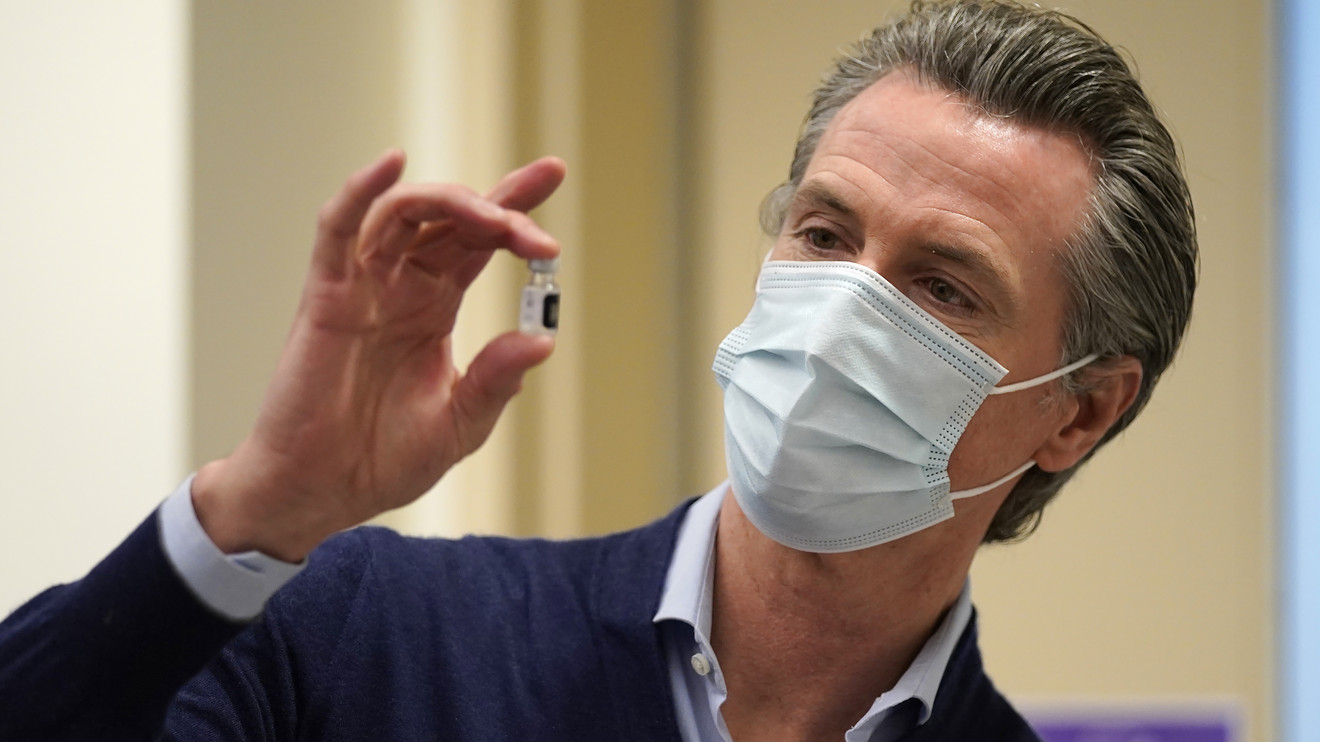 The number of global cases of the coronavirus-borne illness COVID-19 rose above 95.7 million on Tuesday, and the U.S. edged closer to 400,000 deaths, with California becoming the first state with more than three million confirmed cases.

Things are so dire in the Golden State that air quality regulators in hard-hit Los Angeles County have lifted limits on how many cremations can be performed to help clear a backlog of bodies.

“The current rate of death is more than double that of pre-pandemic years, leading to hospitals, funeral homes, and crematoriums exceeding capacity without the ability to process the backlog of cases,” the South Coast Air Quality Management District said in a statement.

The U.S. added at least 142,588 new cases on Monday, according to a New York Times tracker, and counted at least 1,440 deaths, although the numbers are likely under-reported as staffing at hospitals and health care centers is reduced at weekends and on holidays.

The U.S. is currently averaging 3,300 deaths a day, the tracker shows, meaning there will certainly be more than 400,000 fatalities by Wednesday, when President-elect Joe Biden is inaugurated. The U.S. continues to lead the world with 24 million confirmed cases of COVID-19, according to data aggregated by Johns Hopkins University, and deaths, at 399,500, or about a quarter of the global total.

Biden will attend a virus memorial event on Tuesday evening with plans for 400 lights to be lit along the perimeter of the reflecting pool at the Lincoln Memorial, with each light representing 1,000 Americans who have died of COVID-19.

Biden aides said Monday that an order by incumbent President Donald Trump to overturn a ban on travelers from Europe and Brazil would be immediately rescinded by the new president. The ban was introduced to avoid more infectious variants of the virus that have been detected in the U.K. and Brazil from spreading across the U.S.

Biden has made tackling the pandemic the center of his administration and has gathered a group of leading health experts to manage the vaccine program, which he described last week as “dismal.” The Centers for Disease Control and Prevention’s vaccine tracker shows that as of 6.00 a.m. ET Friday, just 12.3 million doses had been administered, well below the 20 million that were promised by end-December. Just 31.2 million doses had been distributed, or enough to treat about 15 million people, as the vaccines that have been granted emergency use authorization — one developed by Pfizer Inc.
PFE,

and German partner BioNTech SE
BNTX,
,
and another developed by Moderna Inc.
MRNA,

Trump’s administration has been widely criticized for failing to create a national plan for managing the crisis at any stage, leaving it to states to handle every aspect of the illness from testing to public information campaigns and making decisions on whether to close schools or businesses. Now states are also on the hook for managing the vaccine program, the biggest public health effort in decades.

Frustrated by the flow of coronavirus vaccine from the federal government, Gov. Andrew Cuomo on Monday floated the idea of buying shots for New Yorkers directly from Pfizer, the Associated Press reported.

The idea seemed far from a sure bet, with the pharmaceutical giant saying it would need federal approval to sell to state governments. If that were to happen, the cost and amount have yet to be be discussed.

Don’t miss:Restaurants lose 372,000 jobs in another crushing blow from the coronavirus across U.S.

Regardless, Cuomo said he felt compelled to broach the idea as his state, like many others, faces tough vaccine math. At the current pace of federal vaccine shipments to New York, it could take six months or more to get shots to the 7 million residents already eligible under federal guidelines, let alone the roughly 12 million other New Yorkers. Residents have been scrambling to try to get the shots, with many getting shut out and upset.

Read:How to get a vaccine for someone who is homebound

“My job as governor of New York is to pursue every avenue, and that’s what I’m doing,” the Democratic governor said at a virtual news conference as he released a letter he’d written to New York-based Pfizer about his idea. He told the company it “could help us save lives right here in New York.”

• A California state epidemiologist is urging a halt to more than 300,000 coronavirus vaccinations using a Moderna vaccine version because some people received medical treatment for possible severe allergic reactions, the AP reported. Dr. Erica S. Pan recommended providers stop using lot 41L20A of the Moderna vaccine pending completion of an investigation by state officials, Moderna, the U.S. Centers for Disease Control and Prevention and the federal Food and Drug Administration. “Out of an extreme abundance of caution and also recognizing the extremely limited supply of vaccine, we are recommending that providers use other available vaccine inventory,” Pan said in a statement. Moderna said the company “is unaware of comparable adverse events from other vaccination centers which may have administered vaccines from the same lot.”

• A new Washington Post/ABC News poll finds that the majority of Americans of all political backgrounds think the deadly virus is only partly under control or not at all controlled. On Trump’s final day in office, the poll found just over 1 in 10 people surveyed said the pandemic is mostly under control, as Trump has repeatedly insisted. Almost six in 10 said they disapprove of Trump’s handling of the crisis, the Washington Post reported.

• China is building a massive COVID-19 quarantine center on the outskirts of Shijiazhuang city, the site of a recent resurgence in cases that has led to lockdowns and restrictions on movement, AFP reported. The facility is expected to have capacity to hold more than 4,000 people once it’s completed, the news agency reported, citing local broadcaster CCTV. Work was started Jan. 13 as cities in northern China ordered millions to be locked down after hundred of new infections were recorded.

• German Chancellor Angela Merkel has reached agreement with state leaders to extend coronavirus restrictions until Feb. 14 and to mandate the wearing of face masks on public transports and in shops, Reuters reported. Germany has had 2.0 million confirmed cases of COVID-19, the Johns Hopkins data shows, and at least 47,958 people have died.

The number of confirmed cases of COVID-19 worldwide climbed above 95.7 million on Tuesday, the Johns Hopkins data shows, and the death toll rose above 2.0 million. About 53 million people have recovered from COVID-19.

Read:Netflix may struggle for a successful sequel to early pandemic subscriber rush

See also: The coronavirus pandemic in the U.K. has never been worse. But Brits are moving around more than in March lockdown.

China, where the virus was first discovered late last year, has had 98,266 confirmed cases and 4,799 deaths, according to its official numbers.