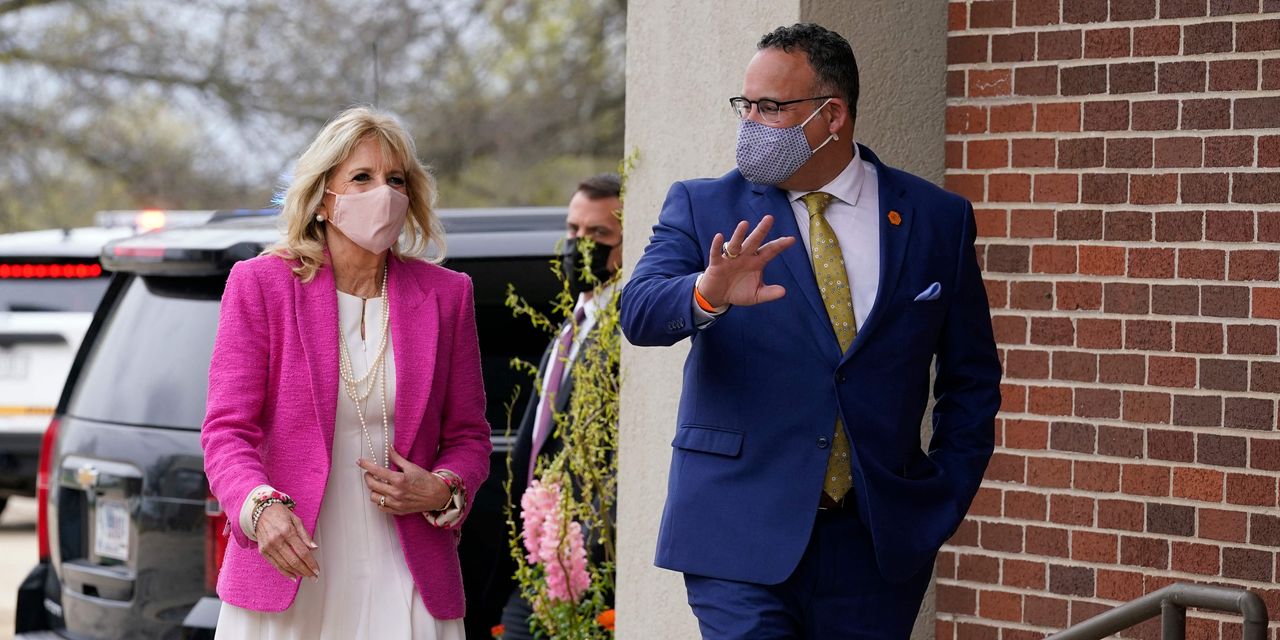 The U.S. Education Department has opened civil rights investigations of five states that have banned school districts from mandating face masks for their unvaccinated children as they return to school in person, in the latest clash between Republican governors and the administration of President Joe Biden.

Letters have been set to education officials in Iowa, South Carolina, Utah, Oklahoma and Tennessee, all of which are seeking to bar local school districts from requiring students to wear masks, the Washington Post reported. The letters allege that those measures discriminate against students with disabilities, who are at greater risk of severe illness if they contract the coronavirus that causes COVID-19.

The move does not for now include Florida, where Gov. Ron DeSantis has pushed ahead with his threat to cut funding to schools that attempt to enforce mandates, as news site Orlando.com reported. It also does not include Texas, Arkansas or Arizona, which have also sought bans. That’s because those policies are not being enforced based on court orders or other state actions, the Post reported.

Biden has promised to use the Education Department to intervene as the highly transmissible delta variant continues to spread across the U.S. and as hospitalizations and deaths climb back to levels last seen in the winter months.

See also: With more than 150,000 Americans contracting COVID-19 per day, the price for going unvaccinated is growing

For now, the vaccine program is not open to children below the age of 12 as the Food and Drug Administration awaits the data needed to include that age group. Hospitals in states with high levels of unvaccinated people have been consistently reporting that patients are getting younger and that many require ventilators and other interventions.

The Centers for Disease Control and Prevention has said that face masks are one of the most effective ways to prevent the spread of the virus.

The CDC’s vaccine tracker is showing that 173.8 million Americans are fully vaccinated, equal to 52.4% of the overall population. That means they have had two shots of the two-dose vaccines developed by Pfizer
PFE,

and Moderna
MRNA,
,
or one shot of Johnson & Johnson’s
JNJ,

A study comparing individual immune responses to two major COVID-19 vaccines found that Moderna’s created more than double the antibodies than that of Pfizer and BioNTech. The study involving 2,499 Belgian healthcare workers who were vaccinated with two doses of either company’s vaccine was published on Monday in the Journal of the American Medical Association.

The study suggested a couple of reasons for the antibody level differences between vaccines, including a longer interval between shots for Moderna’s vaccine — four weeks — compared to Pfizer’s three weeks. The researchers said the Moderna shot had a higher concentration of the key active ingredient used in both vaccines.

Elsewhere, the European Union said that 70% of its adult population are now fully vaccinated, meeting a goal set at the beginning of the year. However, rates vary widely between different member countries, with the trading bloc’s poorer countries, mostly in Eastern Europe, behind the curve.

Israel set a fresh record for daily new cases at almost 11,000, the Times of Israel reported, as testing ramps up ahead of the return to school. Israel counted 10,900 new cases on Monday and more of those testing positive were children.

Canada was added to the U.S. State Department “do not travel” list as it struggles with COVID-19, Reuters reported. The department and the CDC also warned against travel to Switzerland because of rising cases.

Japan’s health minister Norihisa Tamura said foreign matter found on Moderna COVID vaccine needles occurred when needles were stuck into vials, Reuters reported separately. The health ministry said over the weekend that needles may have been incorrectly inserted into vials, breaking off bits of the rubber stopper.

“Whatever the reason (for the foreign matter) we have heard that there is no safety or other issues,” health minister Norihisa Tamura told reporters. “We will continue to gather information and report back,” he added.

See also: Doctors question the optics and the scientific rationale behind the plan for COVID-19 booster shots in the U.S.

The global tally for the coronavirus-borne illness climbed above 217.2 million on Tuesday, while the death toll rose to 4.51 million, according to data aggregated by Johns Hopkins University.

China, where the virus was first discovered late in 2019, has had 107,054 confirmed cases and 4,848 deaths, according to its official numbers, which are widely held to be massively underreported.