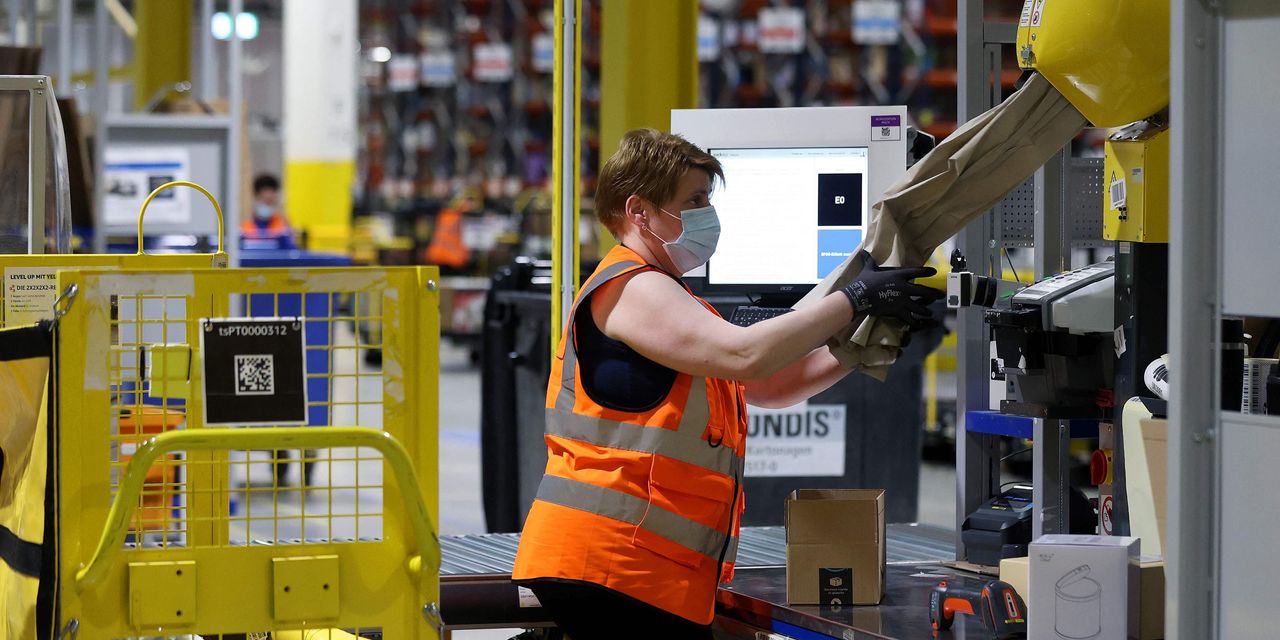 The numbers: The producer price index rose 0.7% in August, the Labor Department said Friday. That’s down from a 1% jump in July.

Economists polled by The Wall Street Journal had forecast a 0.6% advance.

The core producer price index, which excludes volatile food and energy prices, rose 0.3% in August, down from a 0.9% gain in the prior month.

Overall producer prices are up 8.3% in August from a year earlier, up from 7.8% in the prior month. That’s the largest gain since the data was first collected in November 2010.

Core prices are up 6.3% from a year earlier, up from 6.1% in July. That’s the largest gain since the data was first calculated in August 2014.

Big picture: Economists are starting to talk about prices peaking in the wholesale sector. The PPI index had risen an average of 0.9% monthly over the first seven months of the year.

Producers are still struggling with shortages, bottlenecks and transportation woes.

are expected to open higher on Friday after President Joe Biden took a firm tone urging Americans to get vaccinated.