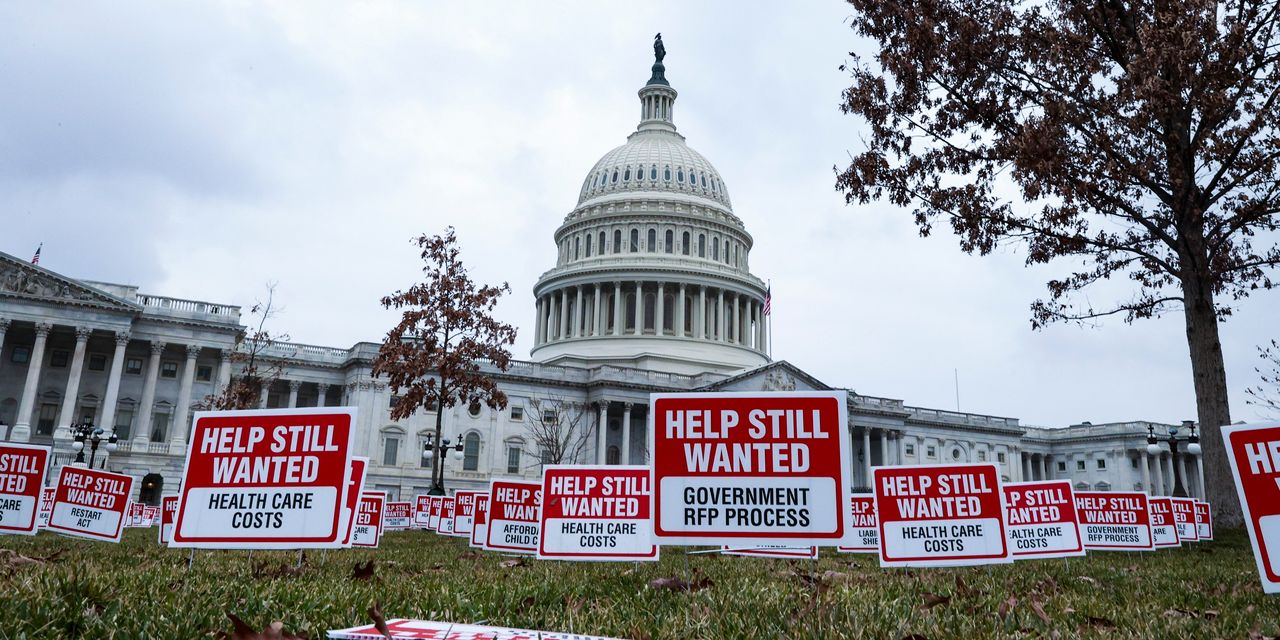 U.S. stock indexes held close to record levels Friday afternoon, with the benchmarks on track for the best weekly gain since the November elections, even though the latest update on employment showed a disappointing jobs gain in January, suggesting that recovery in the labor market is stalling.

On Thursday, the S&P 500 notched its sixth record close of 2021, while the Nasdaq registered its 7th record of the year so far, and the Dow finished just 0.4% off its all-time closing high. The small-capitalization focused The Russell 2000
RUT,

The Labor Department’s employment situation report showed 49,000 jobs were added in January, while the unemployment rate fell to 6.3% from 6.7%.

The results affirm the view that the recovery in the jobs market is stalling out amid the COVID-19 pandemic that has slammed the U.S. economy. Some 10 million jobs that vanished in the early stages of the pandemic still haven’t returned.

“By looking at the US [nonfarm payrolls] data, it is clear that massive strength that we have seen previously in a lot of areas in no longer there,” wrote Naeem Aslam, chief market analyst at AvaTrade. “This means that the US lawmakers can push really hard for the next second stimulus package,” he wrote after the labor data was released.

The January report follows a reading from December that showed that 140,000 jobs were lost, marking the first monthly decline in employment figures in about eight months when the COVID-19 pandemic first walloped the country.

The January report comes as many states reimposed business restrictions at the end of last year to combat the pandemic and restaurants and hotels had to lay off workers, some for the second or third time.

The state of employment is likely to be even worse than the labor report for last month reflects, economists say. Several million people who dropped out of the labor force, bringing the unemployment rate lower, did so because they couldn’t find work and thus aren’t counted in the main unemployment rate.

The Senate early Friday approved a budget resolution, 51-to-50, that would allow for a fast tracking of the $1.9 trillion coronavirus relief plan.

One benefit of the softer employment data is that it could enhance the prospects for further fiscal spending under Biden.

“The biggest risk with the nonfarm payroll report was a strong rebound in hiring that could diminish the prospects of future fiscal stimulus,” wrote Edward Moya, senior market analyst at Oanda, in a research note.

He notes that the slowness of the current recovery remains a key concern, as well as a sluggish bounceback that would have lingering impacts on parts of the economy.

“Economic scarring is happening as the number of long-term unemployed continues to stay at around the 4 million level,” Moya wrote.

Fears of a market correction that took hold last week, inspired by a Reddit-led group of individual investors, has given way to fresh gains for stocks. The rally for the major benchmarks now puts them on track for their best weekly gains in about three months, FactSet data show.

“US markets extended their rebound for the fourth day in a row yesterday, as the recent fallout from last week’s Reddit inspired sell-off faded further,” wrote Mark Hewson, chief market analyst at CMC Markets, in a daily research note.

“Improvements in US economic data, along with the prospect of further fiscal stimulus, have helped underpin this week’s recovery.”

Popular trading app Robinhood Markets has removed the last of its trading limits on shares of GameStop and AMC Entertainment Holdings
AMC,
,
among others. Market volatility associated with the reaction to the retail trading frenzy has significantly died down.

applied for on an emergency use authorization of its single-shot COVID vaccine, which could result in Americans getting shots as early as March.

COVID-19 hospitalizations continued to fall, to 88,668 on Thursday, the lowest total since Nov. 24, according to the COVID Tracking Project. However, the number of deaths in the U.S. resulting from the coronavirus that causes COVID-19 spiked above 5,000 for the first time on Thursday, snapping a declining trend.

In other economic reports, the U.S. international trade deficit fell in December, but the nation’s trade gap still climbed in 2020 to the highest level in 12 years due to the coronavirus pandemic. The trade gap slid 3.5% to $66.6 billion in December from $69 billion in November, the government said Friday.

How are other asset faring?