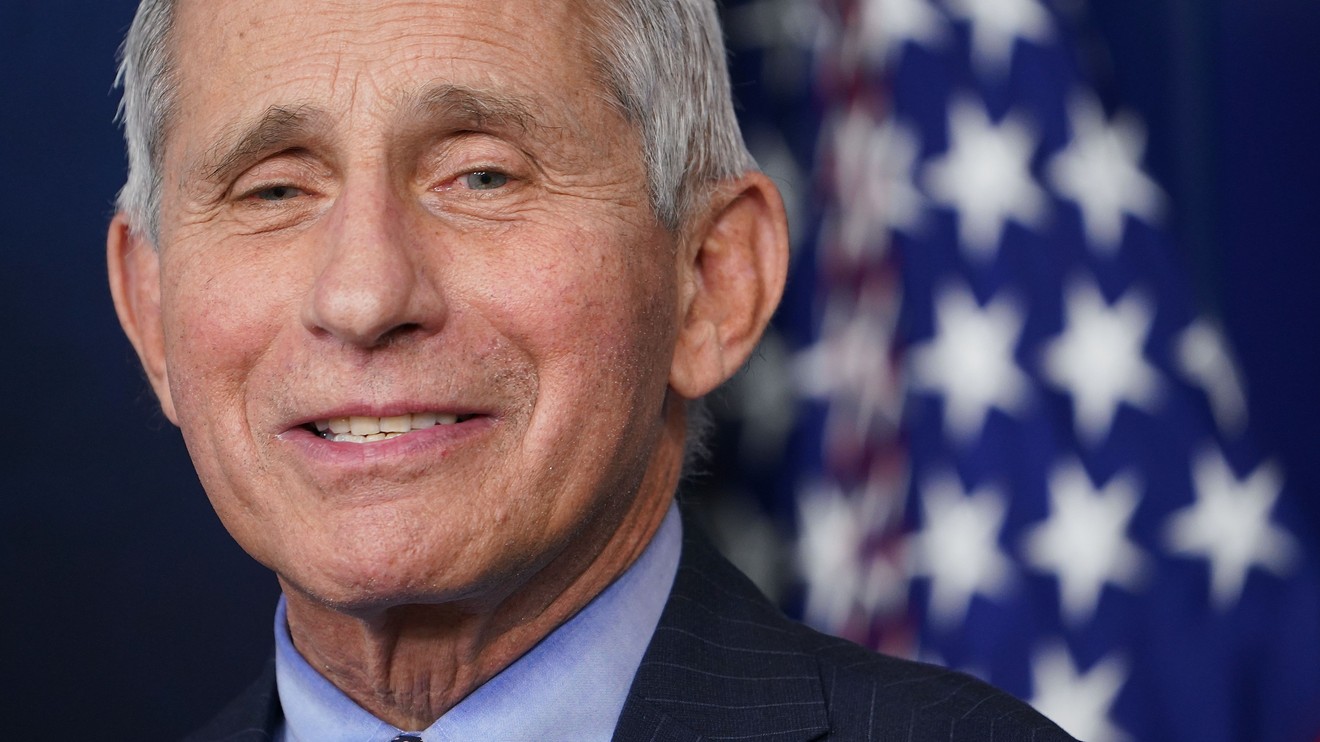 The global tally for the coronavirus-borne illness COVID-19 climbed above 97.6 million on Friday and the U.S. death toll rose above 410,000, as experts welcomed the return to the White House podium of the nation’s leading infectious disease expert, after months of being sidelined by the previous administration.

Dr. Anthony Fauci, head of the National Institute of Allergy and Infectious Diseases, was back to take questions from reporters in his first briefing since President Joe Biden took office. A smiling Fauci acknowledged that he had felt “uncomfortable” hearing things the former president said about hydroxychloroquine, for example, that “were not based on scientific fact.”

Fauci seemed to confirm that he felt silenced by the previous administration: “I can tell you, I take no pleasure at all being in a situation of contradicting the president,” he said. “You didn’t feel that you could actually say something, and there wouldn’t be any repercussion about it.”

He continued, “The idea that you can get up here and talk about what you know, what evidence, what the science is, and know that’s it. Let the science speak. It is somewhat of a liberating feeling.”

Fauci’s comments came after a day in which Biden signed a flurry of executive orders, most of them aimed at managing the pandemic. Biden plans to take action Friday to provide a stopgap measure of financial relief to millions of Americans that will include food aid while Congress begins to consider his much larger $1.9 trillion package to help those affected by the crisis.

Ron Klain, White House chief of staff, told MSNBC that the government is committed to making sure that the supply of vaccines will be enough to inoculate the nation, after the program got off to a disappointing start.

The Centers for Disease Control and Prevention’s vaccine tracker is showing that as of 6 a.m. ET on Thursday, just 17.5 million people had received vaccine doses, far short of the 20 million promised by end-December. So far, just 37.9 million doses have been distributed to states.

“Because the previous administration fell so far behind on giving first shots, frankly it’s sad that we don’t have many that need second shots,” he said in an interview.

One of the executive orders signed by Biden on Thursday will use the Defense Production Act to ramp up production of a syringe that will allow medics to get six doses of vaccine from a single vial, instead of five, increasing supply by 20%, he said.

There were 119,927 COVID-19 patients in U.S. hospitals on Thursday, according to the COVID Tracking Project, down from 122,700 the day earlier and the lowest level since Dec. 27.

“Underlying trends are moving the right direction for most of the country,” the project wrote in a weekly update. “Even for the states experiencing the worst outbreaks, we are seeing early indications that the rates of cases, hospitalizations, and deaths are easing, though some areas are still reporting dangerously high case and hospitalization levels and wrenching death rates.”

The U.S. continues to lead the world by cases, at 24.6 million, and fatalities, at 410,378, according to data aggregated by Johns Hopkins University.

On his first full day in office, Biden outlined his plans for handling the pandemic, which include expanding testing, increasing the supply of essential personal protective equipment and making, distributing and administering vaccines.

Biden called on Americans to “mask up” for the next 100 days, and said that by doing so, more than 50,000 lives could be saved. But the new president also cautioned that things will get worse before they get better, with the death toll expected to climb above 500,000 in February.

However, “we will get through this. We will defeat this pandemic,” he said.

• As COVID-19 deaths and infections climb in the U.K., the government is considering a one-off payment of £500 ($684) to keep those who test positive off the streets, MarketWatch’s Barbara Kollmeyer and Callum Keown reported. The plan has been floated after a Cabinet Office poll showed that just 17% of those with symptoms are coming forward to get tested, for fear that a positive result will jeopardize jobs and financial situations, the Guardian reported, citing a leaked policy document. Faced with a COVID-19 situation that is as bad as last March, mobility data shows Brits continue to move around despite restrictions.

• Beijing has ordered more coronavirus tests for about two million people in its downtown area after new cases were reported in the Chinese capital, the Associated Press reported. The city health department said all residents of the Xicheng and Dongcheng districts are required to undergo testing on Friday and Saturday. Results are usually delivered by smartphone app within a few hours.

• Hong Kong is bracing for the lockdown of more than 150 residential buildings in the district of Yau Tsim Mong that has been badly hit by new coronavirus cases, and more than 1,700 police and other disciplinary officers are charged with enforcing it, the South China Morning Post reported. The move is the most drastic since the start of the pandemic and is expected to start early Saturday. Some were questioning the efficacy of the action after media leaked the news, giving residents a day to make other plans. Hong Kong on Friday confirmed 61 new Covid-19 cases, 55 of which were locally transmitted. Twenty-four local cases came from Yau Tsim Mong, and eight of them were found in a designated mandatory testing zone, which the lockdown area will overlap.

• Portugal set a record of 234 COVID-19 deaths on Thursday, Reuters reported. The country of 10 million people, where hospitals are struggling to cope with a surge in infections that forced authorities to introduce tougher lockdown measures, also reported 13,987 new infections over the last 24 hours.

• The Irish government is considering extending its lockdown for another six weeks amid the spread of a new variant first detected in the U.K. that is highly infectious, the Irish Independent reported. Chief Medical Officer Dr. Tony Holohan warned that the UK strain is now at 60% of cases and growing. Cases have also surged in nursing homes and other long-term care centres in the last three weeks to levels not seen since the first wave last March and April. Tánaiste (Deputy Head of Government) Leo Varadkar said the government was “nowhere near” ready to start easing restrictions as the virus was still rampant in the community. “Things are starting to fall slightly in terms of cases and hospitalizations but not at the pace we would like,” Varadkar told the Irish parliament. Ireland has had 181,922 confirmed cases of COVID and 2,818 people have died, the Johns Hopkins data shows.

The number of confirmed cases of COVID-19 worldwide climbed above 97.6 million on Friday, the Johns Hopkins data shows, and the death toll rose to 2.09 million. About 54 million people have recovered from COVID-19.

See also: The coronavirus pandemic in the U.K. has never been worse. But Brits are moving around more than in March lockdown.

China, where the virus was first discovered late last year, has had 98,544 confirmed cases and 4,801 deaths, according to its official numbers.

The U.S. economy sped up in January and got off to a good start in 2021, a new survey showed, even as the coronavirus spread faster than ever, MarketWatch’s Jeffry Bartash reported.

The IHS Markit PMI indexes for the service and manufacturing sides of the economy both improved this month, suggesting businesses are looking ahead to better times in the near future.

The index for services such as banks, hospitals and retailers — by far the largest sector of the economy — rose to a two-month high of 57.5 in January from 54.8 in the prior month.

The index for the smaller but still sizable U.S. manufacturing sector, meanwhile, climbed to a record 59.1 from 57.1.

The indexes are compiled from surveys of senior business executives. The latest IHS readings suggest the rollout of coronavirus vaccines and the prospect of more federal aid for the economy from the Biden administration are giving businesses more confidence.

fell in Friday trades, but remained near all-time highs.