US 30-year yields are the pivot point 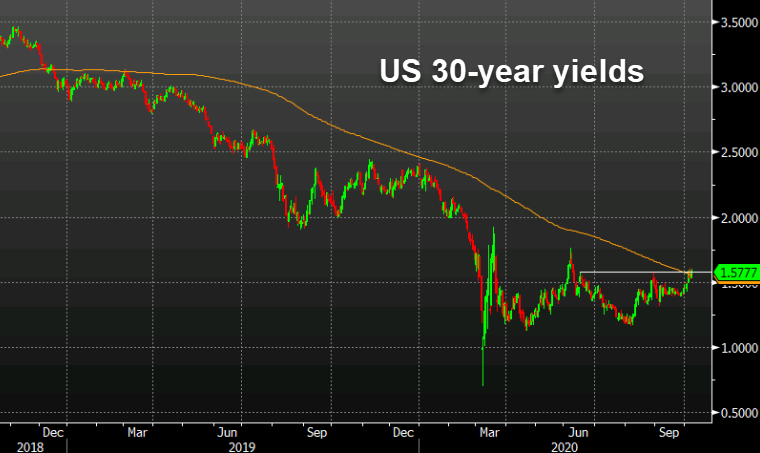 A look at bond rates

It looked to be breaking out on Monday on hopes for a stimulus deal then dropped back when that fell apart. But now the market appears to be looking towards a smaller deal or a blue wave in the election that will mean more spending and a pickup in inflation.

There’s a similar dynamic in EUR/JPY as it broke higher Monday, stumbled Tuesday but is now attempting to restablish itself. 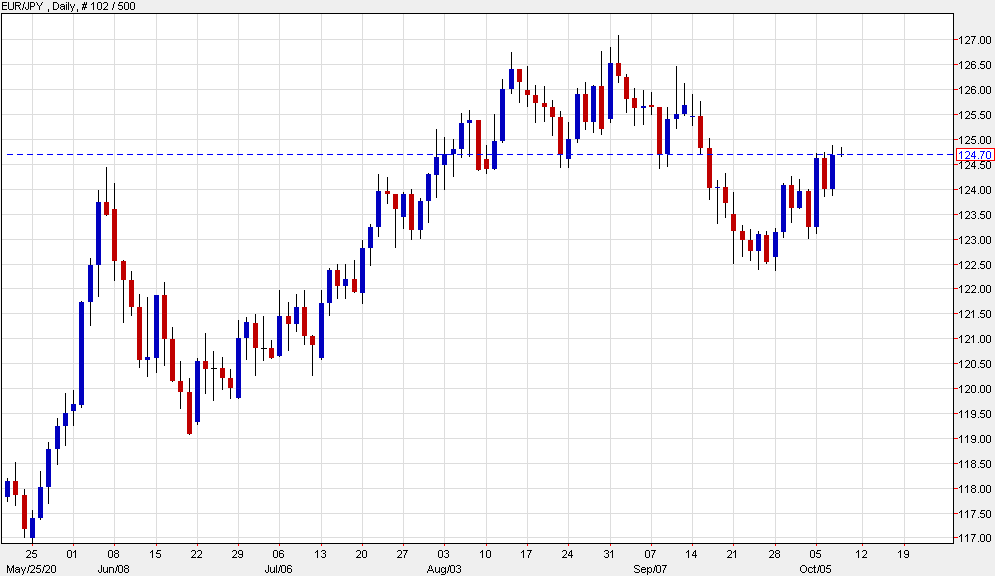 AUD/USD hits 0.8000 for the first time in over three years