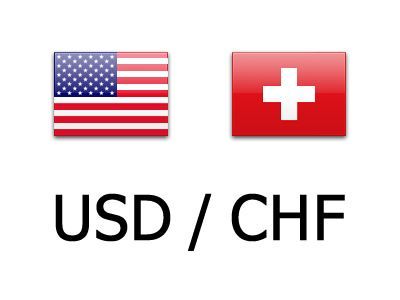 USD/CHF rebounded strongly last week but failed to break through 0.9207 resistance and retreated. Initial bias remains neutral this week first, and further rise is mildly in favor as long as 0.9115 minor support holds. On the upside, decisive break of 0.9207 would be an early sign of bullish reversal and target 0.9304 resistance for confirmation. On the downside, below 0.9115 minor support will turn bias back to the downside for 0.8982 low instead. 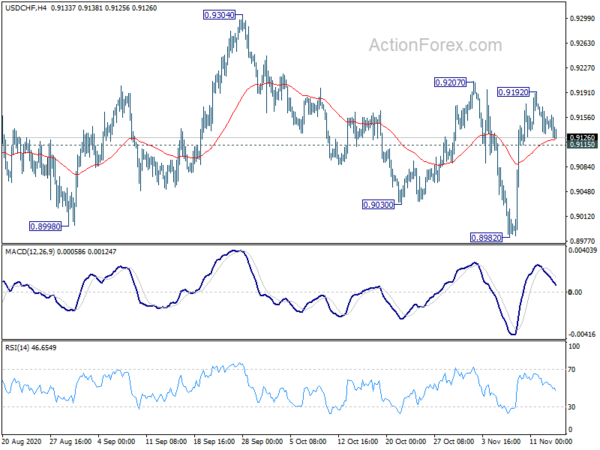 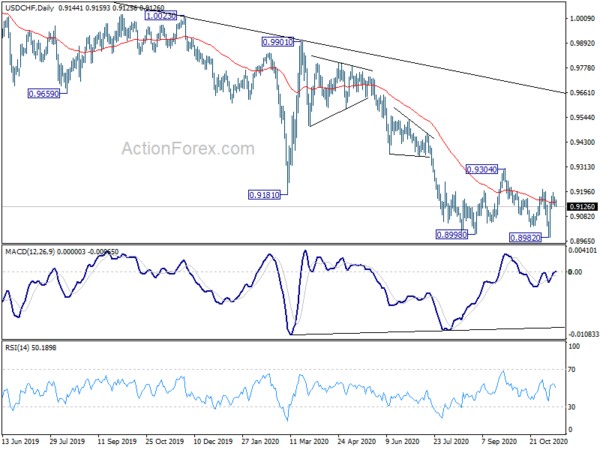 In the long term picture, price actions from 0.7065 (2011 low) are currently seen as developing into along term corrective pattern, at least until a firm break of 1.0342 resistance. 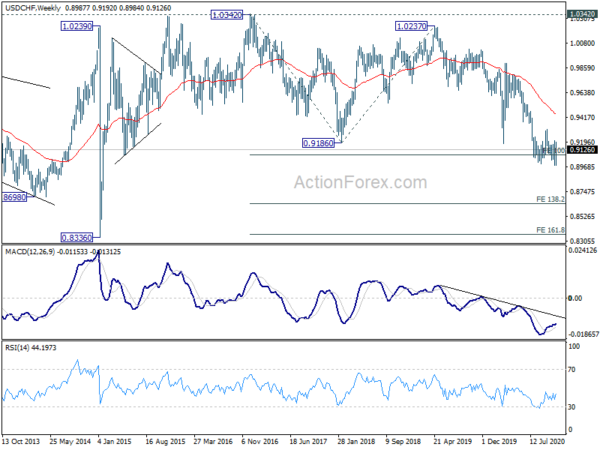 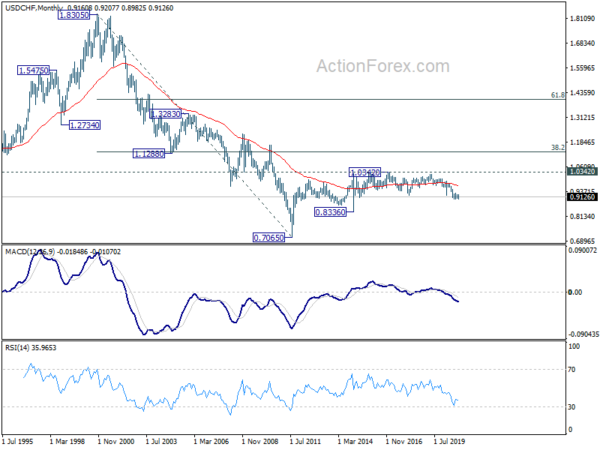