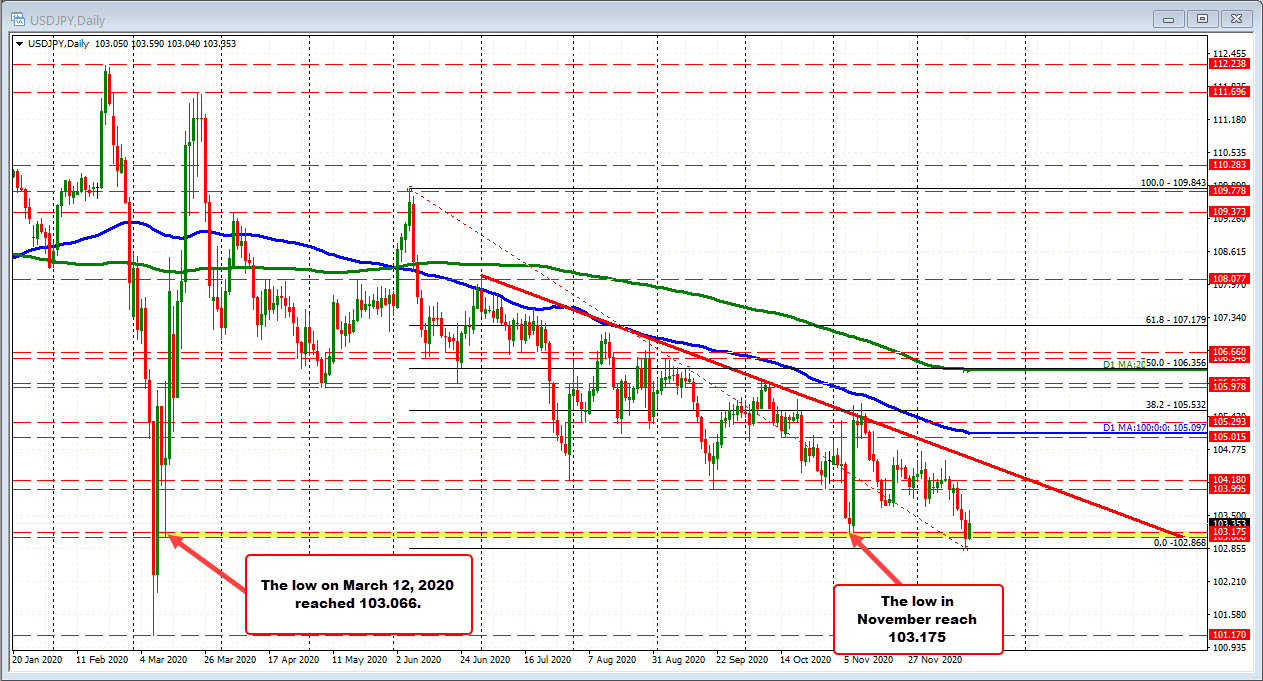 Today, the price action has seen a corrective move to the upside (see hourly chart below). The low for the day was just below the closing level from yesterday at 103.04. The current price trades at 103.354. The high price extended to 103.59.

On the topside, the USDJPY stalled the rise right near its 100 hour moving average at 103.538 currently (blue line in the chart below).  Traders leaned against the MA as risk can be defined and limited.

Gold rejects the top of the range in an ugly turn