Want to invest in U.S. pot stocks? Here’s what you need to know 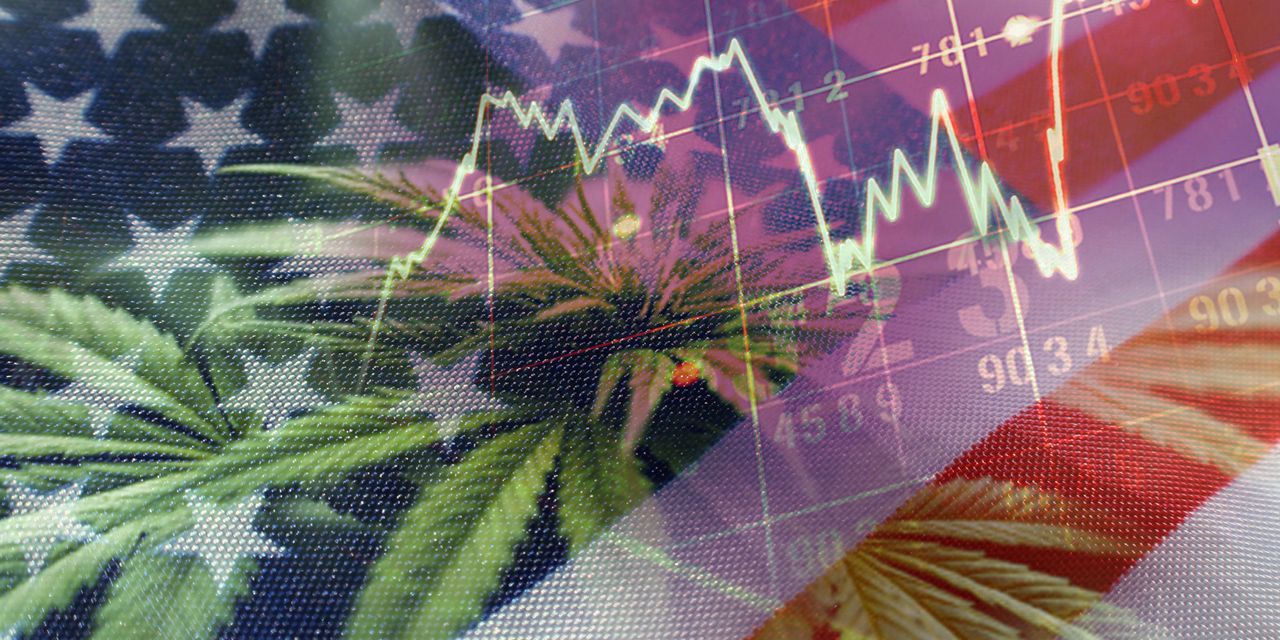 Traditional vice sectors like tobacco and alcohol are investing heavily in the emerging legal cannabis industry, but commercial cannabis companies can’t quite act like they’re selling cigarettes or beer.

On a trip with his children to visit the Ben & Jerry’s ice cream factory in Vermont, Bradford Sodowick, who teaches entrepreneurship at Drexel University, realized that the privately held operation is a perfect model for how to run a cannabis company. Ben & Jerry’s produces a perishable product, delivered nationwide, of reliable quality, while complying with a complex set of rules that can shift from state to state.

If a company’s leadership team can do that with ice cream — or beer, or tobacco, or health foods — it’s reasonable to expect they should be able to do that with cannabis, Sodowick said.

“In the food and beverage business, there is a huge amount of crossover with the legal and regulatory requirements of the cannabis industry,” Sodowick told MarketWatch. “You should see the microbiological requirements they have, all the requirements to sell food to the public and assure safety.”

Likewise, investors need to look beyond just cannabis to figure out how to invest in pot companies. Legal cannabis in America has created a patchwork of multibillion-dollar markets in states that have legalized commercial production and sales of adult-use marijuana, as the federal government creeps toward potential decriminalization of the drug. States’ legalization efforts have already created billion-dollar companies, some of which are publicly traded — though, for now, all on Canadian exchanges — which in turn means opportunity for retail investors.

There is also risk: Early blue-chip stocks like Canadian giant Canopy Growth Corp.
CGC,
,
which rewarded investors who bought in 2016 with 20x returns and still trades at around $22 a share. On the other side of the coin is MedMen
MMEN,
,
a U.S. company very briefly considered a billion-dollar unicorn before unsustainable growth and questionable management practices crashed share prices to 25 cents from a high of $6.49. More in the middle are companies like Curaleaf
CURLF,
,
which has seesawed from a $8.43 debut, to a $2.79 floor in March 2020, and now trades at around $14 a share.

With Canadian-based cannabis companies already cycling through a boom-and-bust routine, attention has shifted to the U.S., where value in some companies’ stock has more than tripled since the beginning of 2020.

So how do you pick a winner?

Know the companies, and keep an eye on their cash

The largest U.S. pot companies are known as “multi state operators,” or MSOs for short, the preferred descriptor for a cannabis company with operations — be they retail dispensaries, cultivation, processing or all of the above — in multiple states. An MSO might have licenses for both medical marijuana and adult-use cannabis commercial activity.

Distinct from cannabis companies with state-sanctioned activities in individual states, an MSO will possess licenses in a patchwork of states — all with different regulations. For this reason, they’re considered to be the likeliest candidates to become the “Budweiser of Marijuana” whenever the federal government legalizes cannabis — and, with it, interstate trade. Until then, MSOs can share capital and expertise, but product must be produced and sold within each state’s lines.

There were nine U.S. MSOs with market caps in excess of $1 billion as of the end of 2020, according to New Cannabis Ventures’ Alan Brochstein.

At first blush, picking the right stock seems obvious: find the big profitable companies, and steer away from the firms deeply in the red. But it’s not where the companies are that matters, but where they’re going.

While some traditional methods of analysis used to judge the value of other publicly traded companies do apply, cannabis investors can’t rely solely on what they discover after poring over quarterly reports and other filings, looking for numbers like debt and Ebitda, according to investors, analysts, and academics contacted for this article.

“I am not sure I would use the traditional methods, because the industry is still at an early stage,” said Ralf Wilhems, a professor of Strategic Management and International Business at Lake Superior State University in Michigan, who teaches in the school’s Cannabis Business program. U.S. business still have problems the Canadian licensed producers, or LPs, do not.

A guide to pot stocks: What you need to know to invest in Canadian cannabis companies

A viable cannabis business just might not have had healthy cash flow prior to 2020— when, declared essential businesses and handling an onslaught of customers eager to stock up for the pandemic, sales boomed to record levels. “I would look at cash flow for sustainability in the market, and for the ability to execute strategy,” Wilhelms added.

That said, a good cannabis company may still be posting numbers that would look troubling for Ben & Jerry’s. Capital expenditures and low revenue may not be nearly as problematic for a mature company as they would be for someone like Chicago-based Green Thumb Industries, particularly if the company is spending money — on licenses or capital improvements like cultivation hubs — that will mean revenue later.

With more states legalizing recreational cannabis and other states shifting regulatory requirements every few months, the framework used to judge a cannabis company shifts more quickly than a CPG firm — or almost anything else.

“You can look at numbers. The numbers are out there,” said Morgan Paxhia, a partner at cannabis-focused private-equity firm Poseidon Asset Management. “But how do you attribute quality?”

Look at the C-suite

One way to judge quality is by looking at the top.

“I think the biggest thing we underestimate in this field is the amount of expertise of management at these companies,” Sodowick said. “Not a lot of companies have the traditional free cash flow that we want to see. They have high capital expenditures and a huge amount of regulatory burdens. You need an outstanding management team that has dealt with these complex legal issues.”

It may seem obvious that leadership matters — and it is — but less clear is how to adjudicate whether an executive or a C-suite team is positioned to succeed in marijuana. Sodowick believes the Ben & Jerry’s-like prior experience is a good indicator of the necessary skill set, but not every investor agrees.

“There’s no perfect answer,” said Sanjay Tolia, principal at Bengal Capital, a Southern California-based investor. “I can’t say you would much rather have a tech guy than a wine guy.”

“Just because someone ran a Fortune 500 company,” he added, trying his hand at an analogy, “doesn’t mean that he can run a record label.”

Tolia believes a cannabis company should still be considered “large startups.” He looks for a leadership team eager to adjust and learn from mistakes on the fly, as opposed to a dogmatic executive that insists on shoving cannabis — still an amorphous and developing commodity — into a neat and easy box from another industry.

Still, success is success. “I look for success in other industries,” said Barbara Koz Paley, an investor who sits on the advisory board of New Frontier Data, a cannabis analytics firm. And, especially for a company in an industry that is still figuring out how to attract women and diverse consumers, a diverse management team may be an asset. “Are there women and diversity in the management of the company?” Paley asked. “If there’s none of that, I’m not interested.”

Big marijuana companies seem to be putting this maxim into practice. The new CEO and chairman of Tilray Inc.
TLRY,
,
which claims to be the largest cannabis company in the world, is Irwin Simon, who spent decades in the natural-foods sector before joining the green rush. In January, Curaleaf named as its CEO Joseph Bayern, who spent almost eight years at the bottled-water giant VOSS, the last year as group CEO.

Let’s say you’re deciding between two cannabis firms. Company A has ten dispensaries and healthy revenue; Company B has two dispensaries and is still in the red. What’s the better buy? That all depends where the dispensaries are located — because geography is a key indicator of future potential.

For this reason, Company B is absolutely the better long-term play — particularly if those two dispensaries are in markets that are in the process of legalizing cannabis like New York or New Jersey, that offer greater upside.

At the same time, where a company’s been — and where it’s going — both matter. Legal cannabis markets fall into one of two tranches: a limited-license state, where state or local governments cap how many retail and cultivation licenses are granted; and open-license states, where government places no such cap and instead lets the free market decide. Examples of the former include Massachusetts and Ohio; examples of the latter include California and Oklahoma.

Familiarity with a company’s past, and where that company did business, may also help retail investors gauge whether that firm can expect to be successful in a new market — provided the investor is also familiar with how the new market works. A good example is stock darling-turned-cautionary tale MedMen.

A retail operation in New York, Nevada, and California, MedMen paid $53 million in 2018 for a medical cannabis license in Florida — where, immediately, the company was responsible for cultivation, manufacturing, and distribution as well as retail. While the company’s very public leadership issues played a role, MedMen struggled in Florida, closing most of its stores during the COVID-19 pandemic even as sales—and stock prices—for other publicly traded companies boomed.

Pay attention to the news — and ignore the weed cycle

By now, investors should be familiar with the rhythm of cannabis stocks. Joe Biden is elected! Stocks are up. Then he doesn’t legalize cannabis. Stocks go down. New York legalizes cannabis — stocks go up again! Then investors grasp that it will be a year before dispensaries open. And lo: another dip.

That means some cannabis stocks will reward a diamond-handed player. Investors should recognize this pattern and either ignore it, or look for bargains during the predictable dip cycles.

“If you pick the right company, you will see returns over time,” Wilhelms added.

At the same time, investors should recognize that a sudden change in federal law could wreck their portfolio. Nationwide legalization, for example, will set cannabis companies scrambling to change their business models. A grow facility in the Hudson Valley or Massachusetts may become a burden rather than a value-add.

“If there is federal legalization, you get rid of the ‘island of legality, in a sea of illegality,’” said Shad Ewart, a professor of business at Anne Arundel Community College in Washington, D.C. “The number one thing to break down business models will be cannabis grown and transported across state lines. If that happens, it will impact different firms in different ways.”

Investors should also keep in mind what their preferred companies are doing. A company with revenues that aren’t quite in line with their market capitalization may still be a good long-term buy, particularly if it’s a target for acquisition or already a subsidiary of a larger company.

have invested billions into Canadian cannabis firms. This may soon happen with an American company, which will instantly become a long-term play—and be absolutely aware that at companies big and small, there are cannabis company executives very interested in cashing out.

“This is a grueling industry, and some people are pretty tired,” Paxhia said. “If you’ve been at it for ten years, it has not been an easy ten years.” That said, all signs are that cannabis in some form is here to stay and will be part of the retail and cultural landscapes going forward — as well as the savvy investors’ portfolio.

Clarification: A previous version of this article had an outdated university affiliation for Bradford Sodowick, it has been updated.