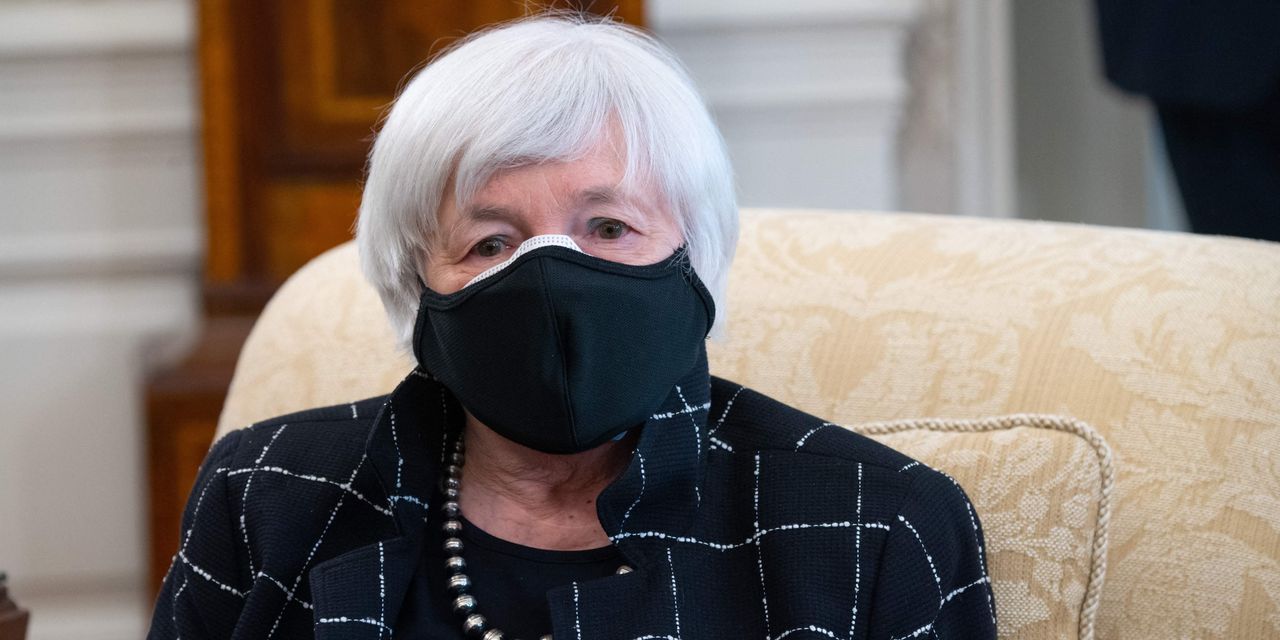 The pandemic reaffirmed a hard lesson that lives and plans can change with blistering speed — and not always for the better.

Millions of workers forced into unemployment last year due to shutdown orders and much smaller consumer demand saw that whipsaw change.

So did people who were suddenly seeking refunds after the pandemic upended weddings, trips and even in-person college courses last year.

Now, with COVID-19 vaccination rates rising and more consumers willing to splurge within bounds, a study released Wednesday suggests Americans are taking some pandemic-era financial lessons to heart while a Treasury Department meeting that same day underscored the big-picture needs for financial literacy.

Treasury Department Secretary Janet Yellen highlighted the connection between financial literacy and stability when speaking to members of the federal government’s Financial Literacy and Education Commission.

The Treasury Department and almost 20 federal agencies are part of the commission focused on improving Americans’ financial savvy.

More financial literacy is certainly no cure all, especially when it comes to structural disadvantages and wealth gaps that have harmed Black households, Yellen said.

“But research does show that education — especially early education — about how to navigate personal finances can have a lasting, positive impact on people’s lives. It can be part of our strategy for building a more equitable economy,” she said.

Despite a perilous year for millions of Americans, the takeaway is a positive one. Nearly one third (32%) of people say they’ve improved their financial discipline because of the COVID-19 pandemic, according to a new report from Northwestern Mutual.

Lower expenses (45%) , paying off debt (34%) and increased investing (33%) were the top three ways people said they tried to improve their financial footing, according to the survey findings released Wednesday from more than 2,300 people.

Nearly one third of people said the pandemic caused them to make either small or big changes to their financial plans and 17% said the experience made them start a financial plan. Another 34% said they had already had plan in place, but didn’t make any changes.

“
Lower expenses , paying off debt and increased investing were the top 3 ways people said they tried to improve their finances.
”

Financial planning can help people when they’re hit with an unexpected event like a pandemic, but it can also help people avoid serious missteps with their taxes.

But if the survey indicates a step forward, the pandemic was a significant step back.
Indeed, 15% of people said the pandemic’s effects fouled up their long-term plans for financial security by up to a year, while 18% said it will set them back up to two years. Another 12% said it could delay plans up to five years, and possibly even more than that.

One fourth of adults said the pandemic left them in worse financial shape, according to a Federal Reserve report on financial wellbeing in 2020 that was released earlier this month. In 2019, 14% said they were worse off than they were a year earlier.

“
The pandemic served as a reminder that the finances in many households are spread too thin to absorb a money shock.
”

The pandemic highlighted life’s uncertainty — but it also served as a reminder that the finances in many households are spread too thin to absorb a money shock like unexpected expense or lost income.

Researchers have previously traced a link between financial fragility and financial literacy. More specifically, they found that people who had difficulty correctly answering questions on topics like inflation and risk diversification also reported challenges coping with money pressures.

“The urgent has always crowded out the important in this country,” John Hope Bryant, the founder, chairman and CEO of Operation HOPE, an organization focused on reducing poverty through programs including financial coaching, told the federal government’s meeting on financial literacy.

However, he added, “COVID and 2020 made it clear to everybody how urgent the important really is.”

Financial literacy is a civil rights issue in Bryant’s view because it stems back to financial inclusion in an economy powered by consumer spending.

When the pandemic first hit, Bryant noted that his staff went from in-person meetings to digital ones. They experience “a 30% immediate spike in coaching and counseling requests.”

The housing market is so crazy, this $600,000 ‘horror’ is drawing multiple cash offers