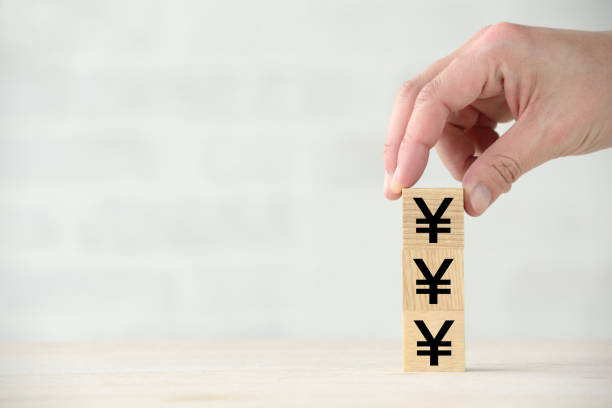 There isn’t really a clear direction in the currency markets today. Sterling’s selloff in European session quickly faded. Focus is turning to Yen and Swiss Franc rebound in early US session. Weakness in treasury yield is a factor driving the changes. Japan 10-year JGB yield closed back blow 0.1% handle while Germany 10-year yield is back pressing -0.350. US 10-year yield is also back below 1.6 handle at the time of writing. Dollar is mixed as trading continues to stay cautious ahead of tomorrow’s FOMC rate decision.

ECB Lane: Our favourability assessment of financing condition is dynamic

ECB Chief Economist Philip Lane said in an FT interview, “we have an ongoing two-stage challenge — counter the negative pandemic shock to the inflation path and subsequently finish the task of raising inflation to our aim.”

“While we don’t think we are at the lower bound”, he added, “there is clearly less room to deliver monetary stimulus when interest rates are already low, compared to historical norms.”

“Our favourability assessment of financing conditions is dynamic,” he explained. “It does depend on how much progress we are making in terms of the inflation forecast. It is not yield curve control in the sense of saying we want to keep the yield curve at some fixed value; because over time the relation between the appropriate level of yields and inflation will move.

“Economic optimism continues to rise. Experts expect a broad-based recovery of the German economy. They anticipate that at least 70 per cent of the German population will be offered a vaccine against Covid-19 by autumn. However, a large majority also expects inflation to continue to grow, as well as higher long-term interest rates,” comments ZEW President Professor Achim Wambach.

BoJ Governor Haruhiko Kuroda told the parliament today that “excessive falls in super-long interest rates would affect returns for insurers and pension funds.” He emphasized, “it’s important to keep the entire yield curve stably low as the pandemic weighs on the economy.”

On recent movements in exchange rate, “in the past, the yen almost always rose in times of market turbulence due to its status as a safe-haven currency,” Kuroda said. “That’s not the case anymore, which is favorable for us.”

Results of BoJ’s policy framework review will be published this Friday. The mostly watched topic include any tweaks on ETF purchases, and the band allowed for 10-year JGB to move around 0%. Otherwise, Kuroda has repeatedly indicated there is no need to change the yield curve control framework as a whole.

Minutes of RBA’s March 2 meeting reiterated that Australia economic recovery was “well under way” and had been “stronger than expected previously”. An important near-term issue was household and business adjustment to the tapering of some fiscal support measures. “Members noted that there may be a temporary pause in the pace of improvement in the labour market, as many firms had already adjusted the size of their workforces.”

Wage and price pressures had been subdued and were “expected to remain so for several years”. The Board will “look through” the “transitory fluctuations in inflation” due to changes in balance of supply and demand during the pandemic. Underlying inflation was expected to remain below 2% target over both 2021 and 2022.

Also, members affirmed that cash rate will be maintained at 0.10% for “as long as necessary”. Negative rate was viewed as “extraordinarily unlikely”. Conditions for a rate hike are not expected to be met “until 2024 at the earliest.

Intraday bias in USD/JPY is turned neutral with today’s retreat. Some consolidations could be seen but further rally is expected as long as 108.33 minor support holds. On the upside, break of 109.35 will resume the rally from 102.58 to long term channel resistance at 110.02 next. Decisive break there will carry larger implications. However, on the downside, break of 108.33 will indicate short term topping. Intraday bias will be turned to the downside for correction. 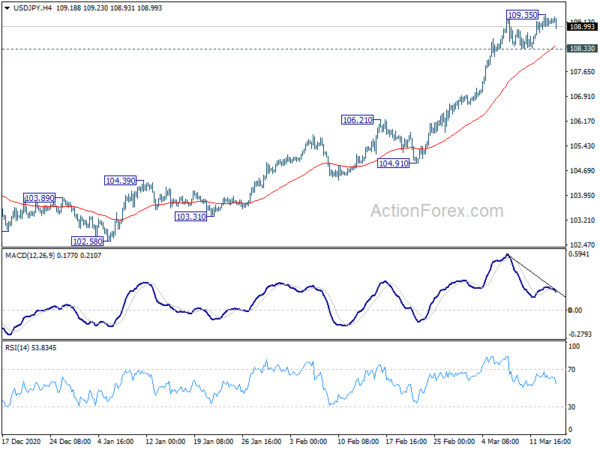 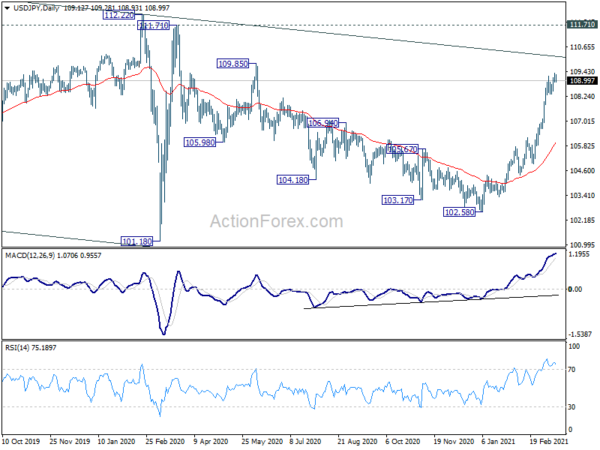