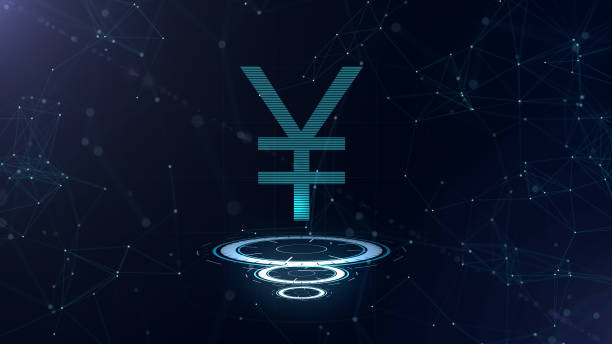 Yen’s selling took off overnight, following rebound in treasury yields. Weakness is somewhat solidified in Asian session, together with the strong rebound in Nikkei. With some technical levels broken, Yen’s decline could extend before weekly close, and it’d likely end as the worst performing one. As for the week, Canadian Dollar is currently the second worst performing, while Kiwi and Sterling are the best. 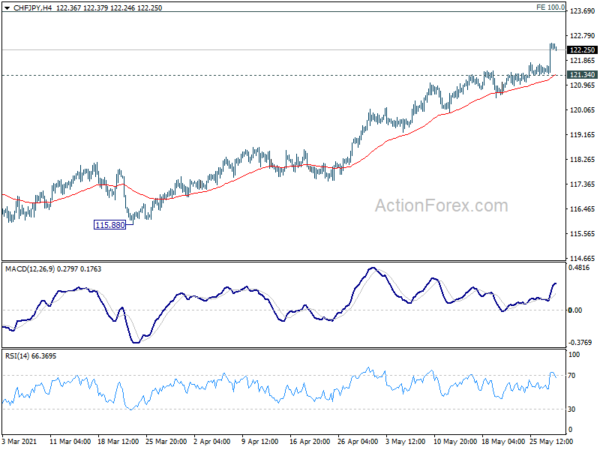 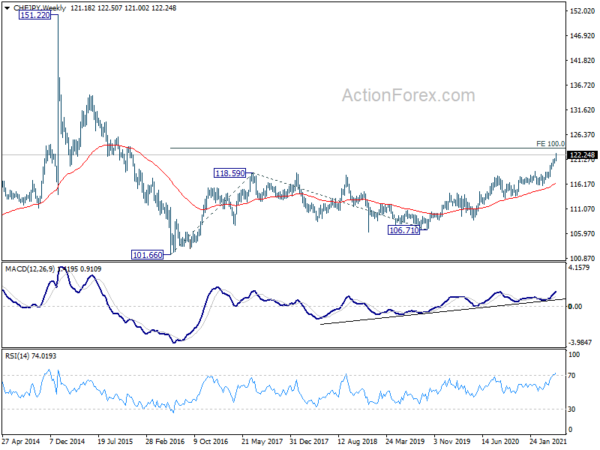 Fed Kaplan: Wise to talk about moderating QE sooner rather than later

Dallas Fed President Robert Kaplan told CNBC, “sooner rather than later I think it would be wise to start talking about moderating some of these purchases that we put in place during the crisis.”

“I think maybe the efficacy of these versus the side effects, I think that balance is changing as we’re emerging from the crisis and making progress,” he said.

According to BoJ’s data, total assets held surged to JPY 715T in fiscal 2020, on the central bank’s massive purchases. It was 1.3 times the nominal GDP of Japan, at JPY 536T in the same fiscal year.

Separately, it’s reported that BoJ would extend the pandemic relief program by another six months, at its June 17-18 meeting.

Released from Japan, unemployment rate edged higher to 2.8% in April, up from 2.5%, above expectation of 2.7%. Tokyo CPI core dropped -2.0% yoy in May, unchanged from April’s reading.

Later in the day, US will release personal income and spending, with PCE inflation, goods trade balance, and Chicago PMI.

USD/JPY’s break of 109.77 resistance suggests resumption of rise from 107.47. Intraday bias is back on the upside for retesting 110.95 high next. For now, break of 108.55 support is needed to confirm completion of the rebound. Otherwise, further rise will remain mildly in favor in case of retreat. 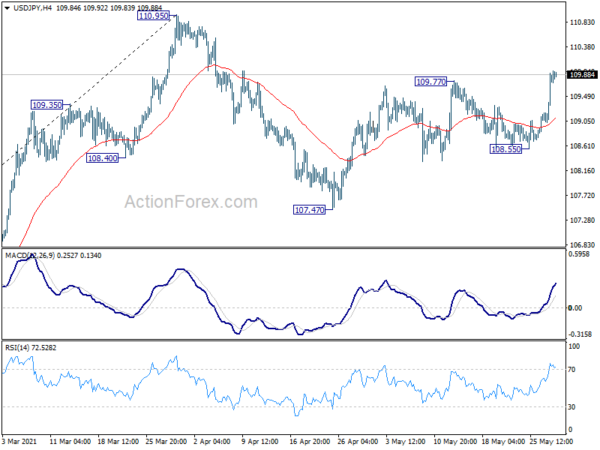 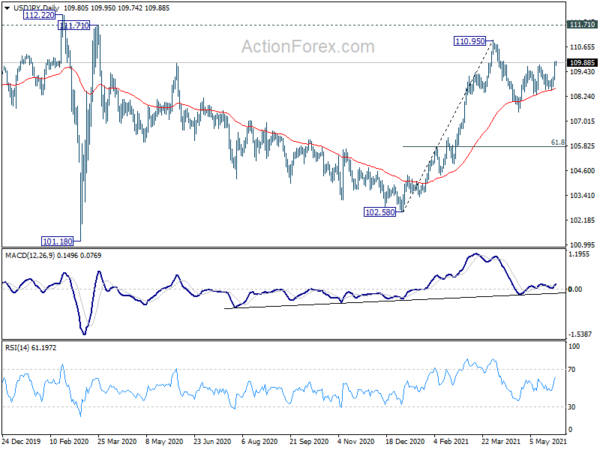