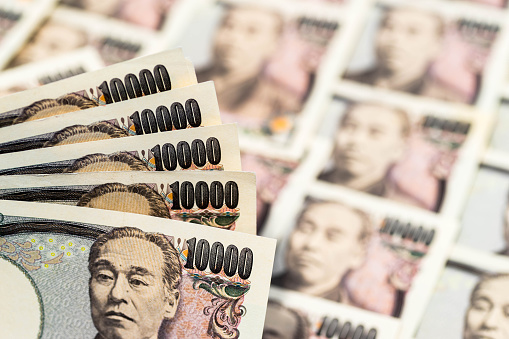 The forex markets are generally quite and directionless for the time being. After very brief selloff yesterday, Dollar is regaining some ground in Asian session today. Sterling is mildly firmer too, but there is no follow through buying. Yen is currently the weaker one together with Swiss Franc and Australian Dollar. In other markets, Gold continues to struggle in tight range, together with oil price.

Technically, one focus today is 130.65 resistance in EUR/JPY. Firm break there will resume larger up trend from 114.42. More importantly, that might be an early sign of upside breakout in Euro, or downside breakout in Yen. For the latter, we’d look at 109.95 minor resistance in USD/JPY to confirm the rebound from 108.99, and double confirm Yen’s weakness. 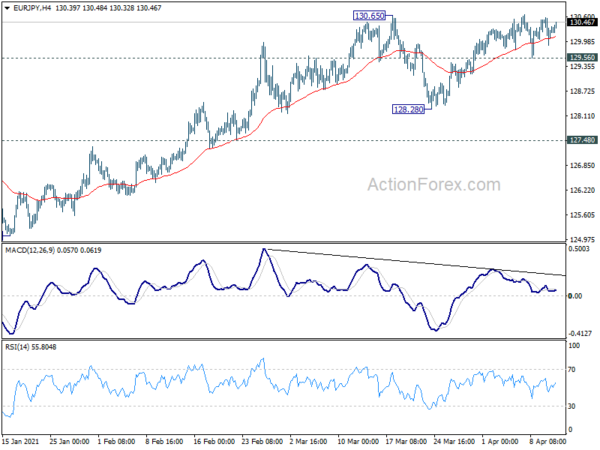 “The combination of accommodative monetary and fiscal policy, and consumers and firms well positioned to renew spending, should result in returning to full employment much more quickly than after the last financial crisis and Great Recession,” he added.

However, “many of the underlying problems that can disrupt financial stability – as at the outset of the pandemic – still need to be addressed.”

St. Louis President James Bullard said in a Bloomberg TV interview that “It’s too early to talk about changing monetary policy.” Policymakers want to “stay with our very easy monetary policy while we are still in the pandemic tunnel”. “If we get to the end of the tunnel,” he added, “it will be time to start assessing where we want to go next.”

“When you start to get to 75% vaccinated, 80% vaccinated and CDC starts to give more hopeful messages that we are bringing this under better control and starts relaxing some of their guidelines, then I think the whole economy will gain confidence from that,” Bullard said. “Cases are up right now, that is a little bit concerning.”

NAB said, “This is a very solid survey result. Businesses are telling us activity continues to increase at a very healthy rate as we have move past the rebound phase in activity with the earlier removal of pandemic-related restrictions. Overall, the recovery over the last year has been much more rapid than anyone could have forecast.”

BoJ Kuroda: There’s quite a lot of positives from a weak yen

BoJ Governor Haruhiko Kuroda told the parliament today that there’s “quite a lot of positives for Japan from a weak Yen”. Companies with overseas profit could have their yen-denominated value increase from a lower yen. Nevertheless, a weak Yen might not boost export as much as the part, because many manufacturers now produce goods locally in the overseas markets.

Though, Kuroda also emphasized the important for exchange rates to move at equilibrium levels. It’s “not as if the weaker the yen the better, or the stronger the better”.

UK GDP, production and trade balance will be featured in European session. Germany will also release ZEW economic sentiment. Later in the day, US will release CPI inflation.

USD/CAD is still bounded in range of 1.2501/2646 and intraday bias remains neutral at this point. On the upside, break of 1.2363. But overall outlook will stay bearish as long as 1.2742 resistance holds, and eventual downside breakout is expected. On the downside, break of 1.2501 minor support will bring retest of 1.2363 low first. 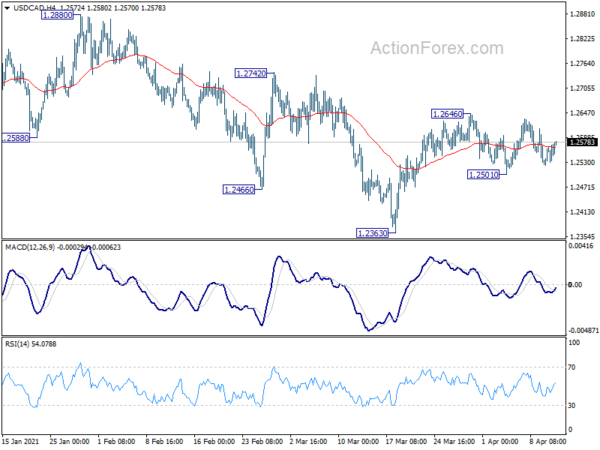 In the bigger picture, fall from 1.4667 is seen as the third leg of the corrective pattern from 1.4689 (2016 high). Further decline should be seen back to 1.2061 (2017 low). In any case, break of 1.2994 support turned resistance resistance is needed to indicate medium term bottoming. Otherwise, outlook will remain bearish in case of strong rebound. 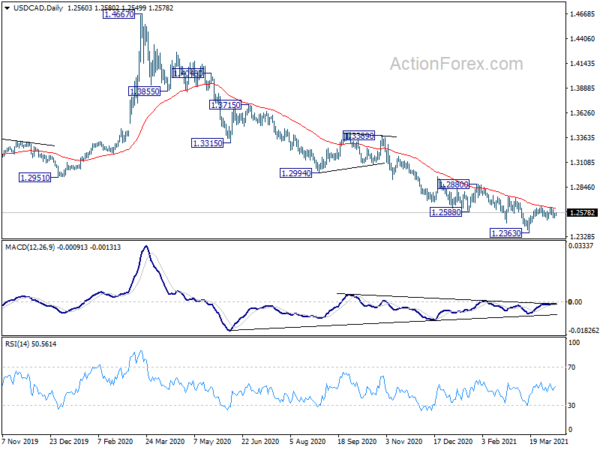