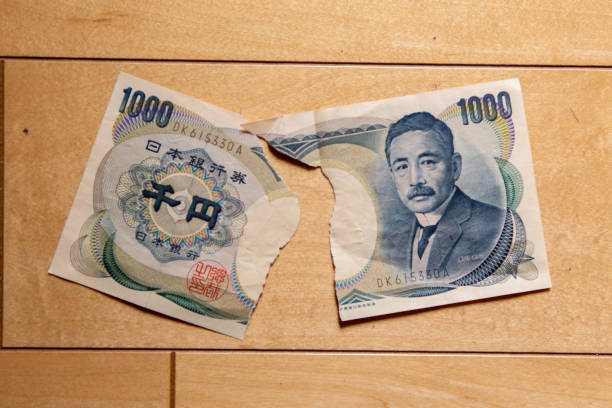 Yen continues to feel much selling pressure, partly thanks to strength in treasury yields, and partly due to the strong rebound in US stocks overnight. Asian markets turned mixed, however, with Hong Kong and Singapore in slight red. New Zealand Dollar suffered notable selling on news that RBNZ is actively working on negative rates. Euro remains the strongest one for the week so far, but it will need some additional boost from ECB meeting minutes to push it out of recent range. Dollar softens mildly in Asian session but remains mixed for the week, awaiting fresh guidance.

Technically, USD/CAD’s breach of 1.3242 temporary low is a sign of Dollar weakness. But we’d firstly need to see a break of equivalent levels of 1.1807 minor resistance in EUR/USD and 0.9133 minor support in USD/CHF. Also, GBP/USD will also need to break through 1.3007 resistance to align the outlook with other Dollar pairs.

Chicago Fed President Charles Evans said there is no “strict numerical formula” to determine the time of “liftoff” of interest rate, and “how long to keep policy accommodative after liftoff”. He added that the work on inflation is “unlikely to be complete when we first begin to raise rates”. That means, Fed will “maintain accommodative monetary conditions until our inflation averaging goal is met”. Even though,

Evans also said Fed has the “capacity to do more asset purchases” but he currently doesn’t see the need. At some point, Fed will need to give explicit guidance on future pace or type of asset purchases. Nevertheless, “that’s not where we are, and it’s probably going to be the Spring until I have a better sense”

New York Fed President John Williams said allowing “moderate” inflation overshoot “isn’t a number”. But it’s a “guard rail” against expectations that very persistently high inflation would be tolerated. And, “it’s also about proportionality”. “There’s flexibility, and there’s some discretion around that,” he added. “It is specific to the circumstances, and I would also say it is specific to where the economy is.”

Williams also reiterated that the economic outlook is “highly uncertain”. Fiscal policy actions can be very helpful in the short-run. As some parts of the economy have not recovered nearly as much, “target fiscal support would be helpful”.

The minutes for the September FOMC meeting reveals that the members generally agreed to adopt the new monetary policy framework and change the forward guidance in the way presented in the statement. While the economic projections were upgraded in the meeting, these were conditioned on the further fiscal stimulus implemented by the government. Inflation will remain sticky for an extended period of time. Despite increase in the price level in certain aspect, it is expected that overall inflation will remain “subdued” for the year ahead.

In the Regional Economic Report, BoJ upgraded assessment on 9 of the 10 regions, except Shikoku which was kept unchanged. The central bank noted, “many regions, while noting that their economy had been in a severe situation due to the impact of the novel coronavirus (COVID-19), reported that it had started to pick up or shown signs of a pick-up, with economic activity resuming gradually.”

RBNZ Assistant Governor Christian Hawkesby is quoted staying that the central bank is actively working on negative interest rates and funding for a lending program. Also, “inflation is likely to remain well below the target for three years.” Chief Economist Yuong Ha also noted that the central would rather be aggressive with stimulus, and do too much too soon than too late too little. The central bank is looking at tiering regime for negative rates plan. 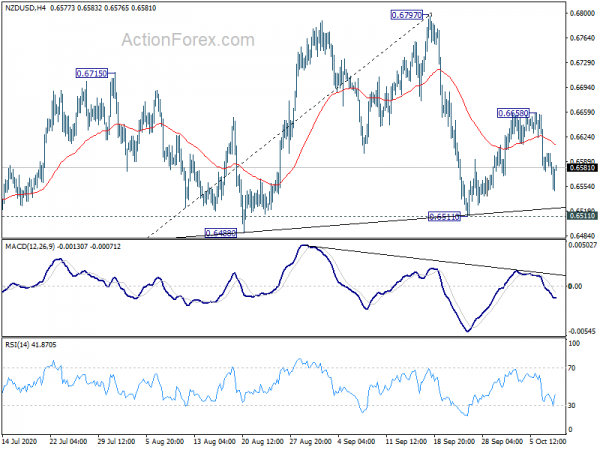 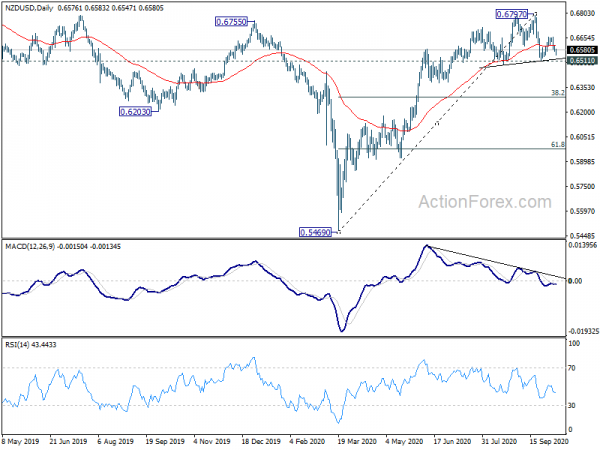 In the preliminary survey results for October, New Zealand ANZ Business Confidence rose to -14.5, up from September’s -28.5. Own Activity Outlook turned positive to 3.6, up from -5.4. Employment intentions rose to -3.2, up from -11.8, but stayed negative.

ANZ said October’s data “saw another widespread improvement in the forward-looking activity indicators”. But, “key tests for the economy lie ahead: the winding down of the wage subsidy and the lost summer for tourism.”

ECB meeting accounts will be the main focus for the rest of the day. US will release jobless claims while Canada will release housing starts. 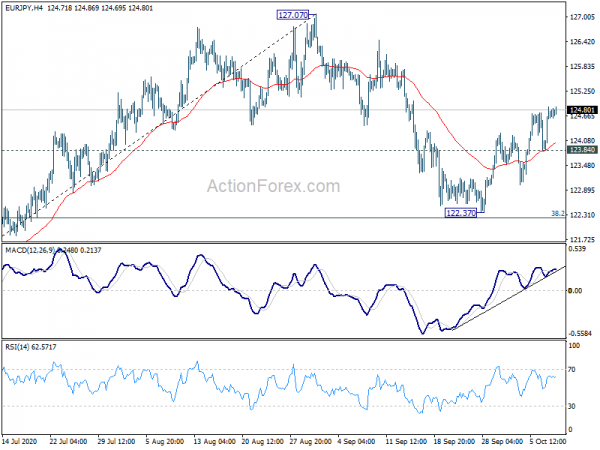 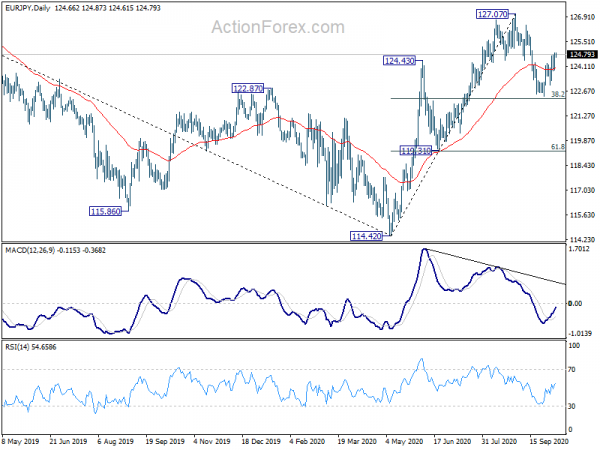